Fog crept into English Bay, only a tentacle at first, and by nightfall had swallowed up the whole city. But the fog, heavy as it was, did nothing to deter the sellout crowd for 2014 edition of Ryeberg Live Vancouver (these Vancouverites, they’ve seen fog and they’ve seen rain…). For the second year running, Club PuSh, social headquarters of the PuSh International Performing Arts Festival, was the venue.

AnnMarie MacKinnon of Geist Magazine introduced proceedings. Erik Rutherford of Ryeberg hosted. Lee Henderson was first up with a comprehensive answer to a fascinating question: How is money laundered? Indispensible reading for anyone with cash under the mattress. Heads up: if your laundering activities are mushrooming, you’ll need to hire a bunch of smurfs.

Zsuzsi Gartner shared the stage with her number one love object — a sleek, stylish, red Selectric typewriter. She told a story of passionate obsession with asides from her darker self. She described the look, sound, and feel of writing, and at intermission, invited the audience to contribute their own lines to a letter addressed to Prime Minister Harper (this was also a chance to try out the Selectric). After intermission, Erik read aloud the surprisingly coherent letter that resulted from this exercise. See Zsuzsi’s Ryeberg to read it for yourself.

Visual artist Vjeko Sager took the stage with blank pages, a box of charcoals, and an easel. Ten years ago, Vjeko decided to master charcoal, which, he says, “is the end of hope for an artist.” He calls his charcoals “failed attempts to understand the meaning of life.” So while his selection of YouTube videos played — featuring, among others, Warhol, Koons, Abramović and Banksy — he worked steadily, producing eleven charcoal drawings. He then invited eleven people to the stage, each to hold up one of his drawings. He shifted everyone around until finally the message of his Ryeberg became clear. Mark that as the first ever wordless Ryeberg!

Interdisciplinary artist Sammy Chien closed the evening on a personal note with tales of his recurring panic attacks and the various therapies that ensued. Anti-depressants, yoga, meditation, and daily walks were all part of his dark journey, a journey that, in the end, enriched his art. Sammy’s Ryeberg included fascinating scenes from his encounters with villagers in rural China and from his wild party nights in Beijing. Lesson learned: dare to be yourself. 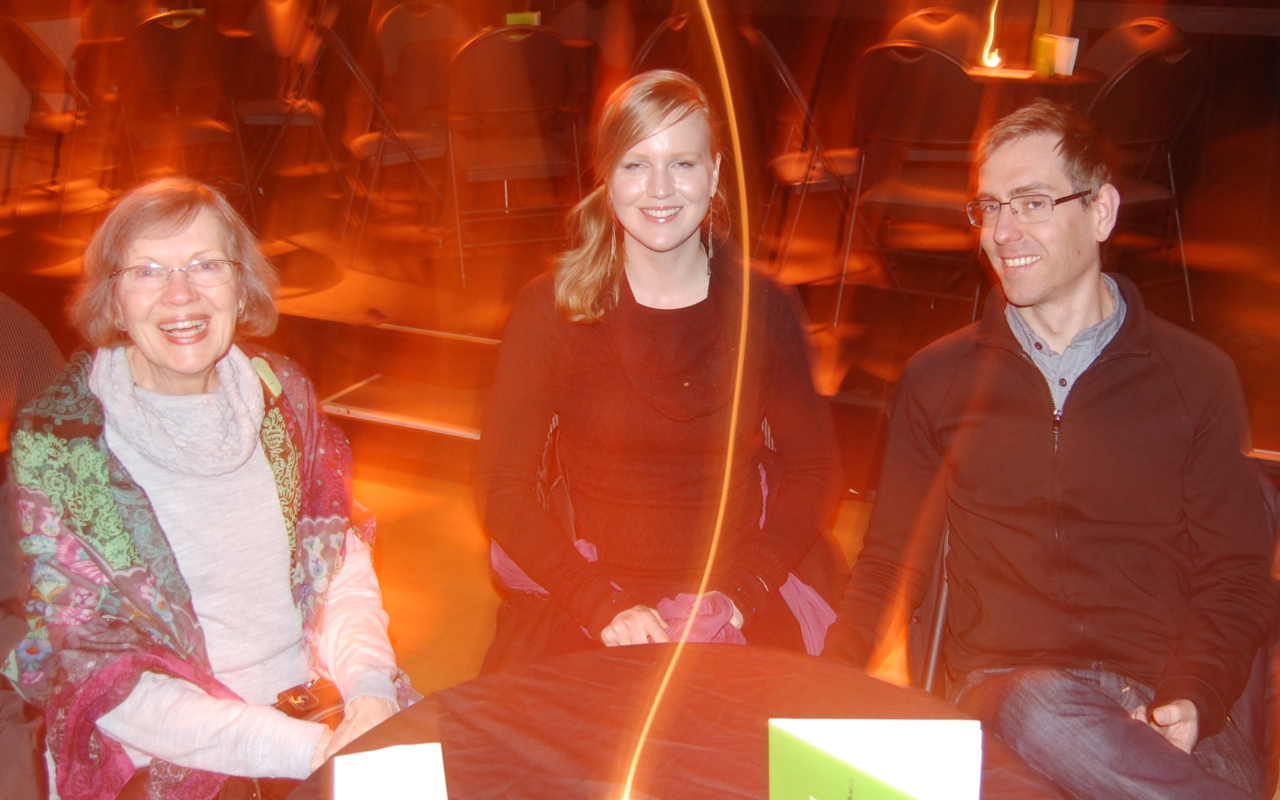 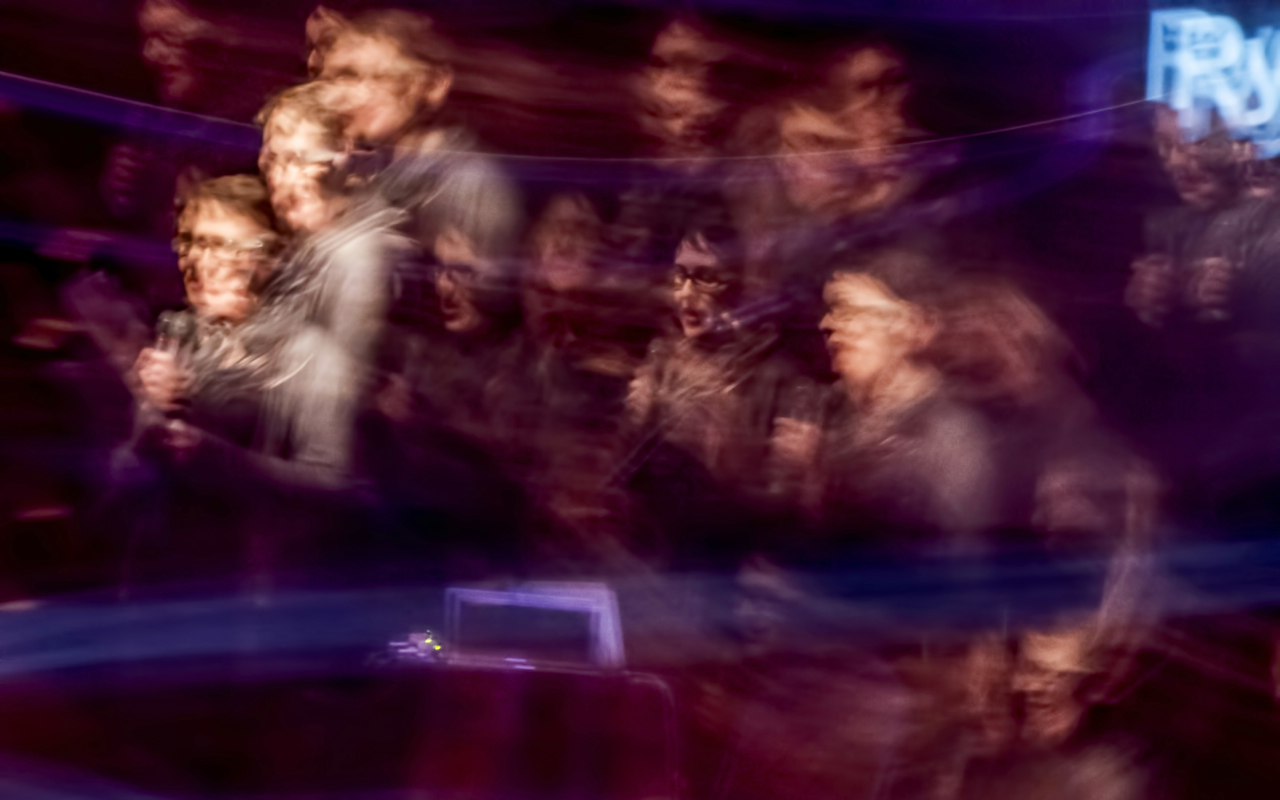 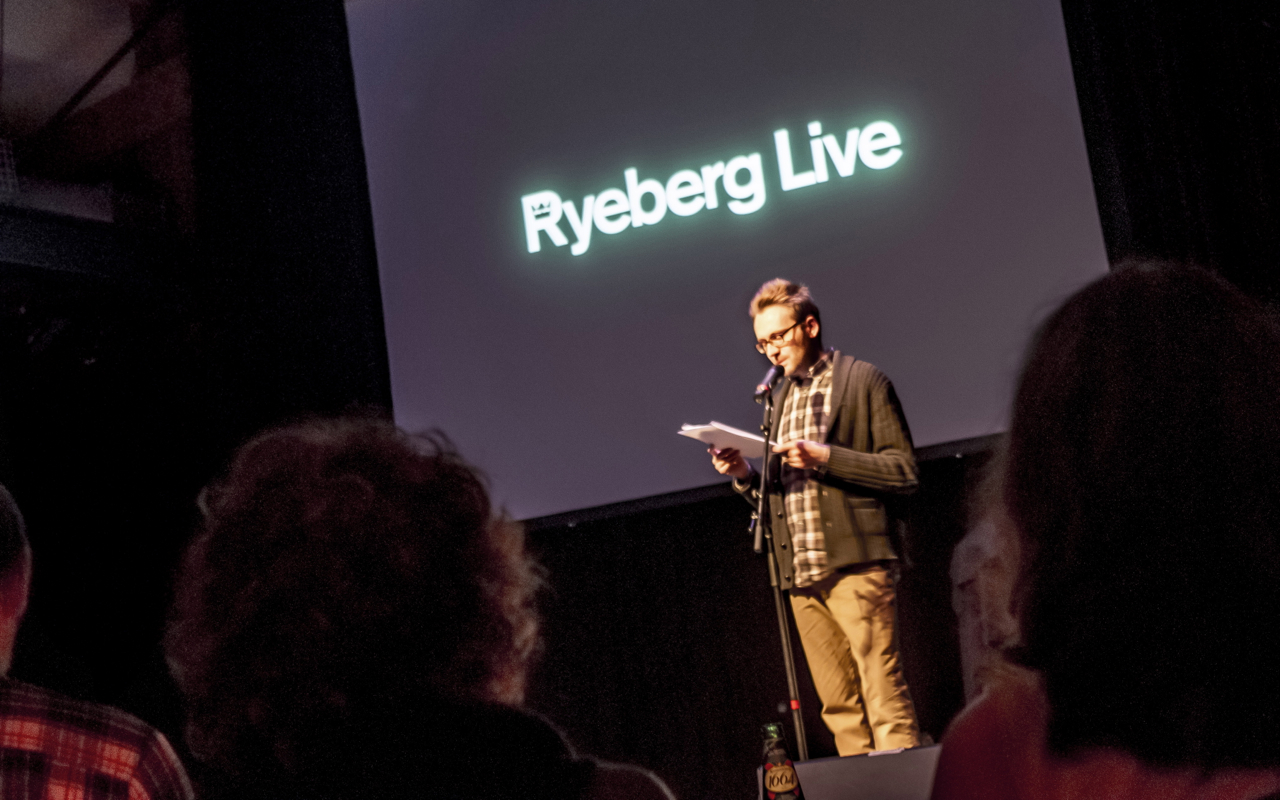 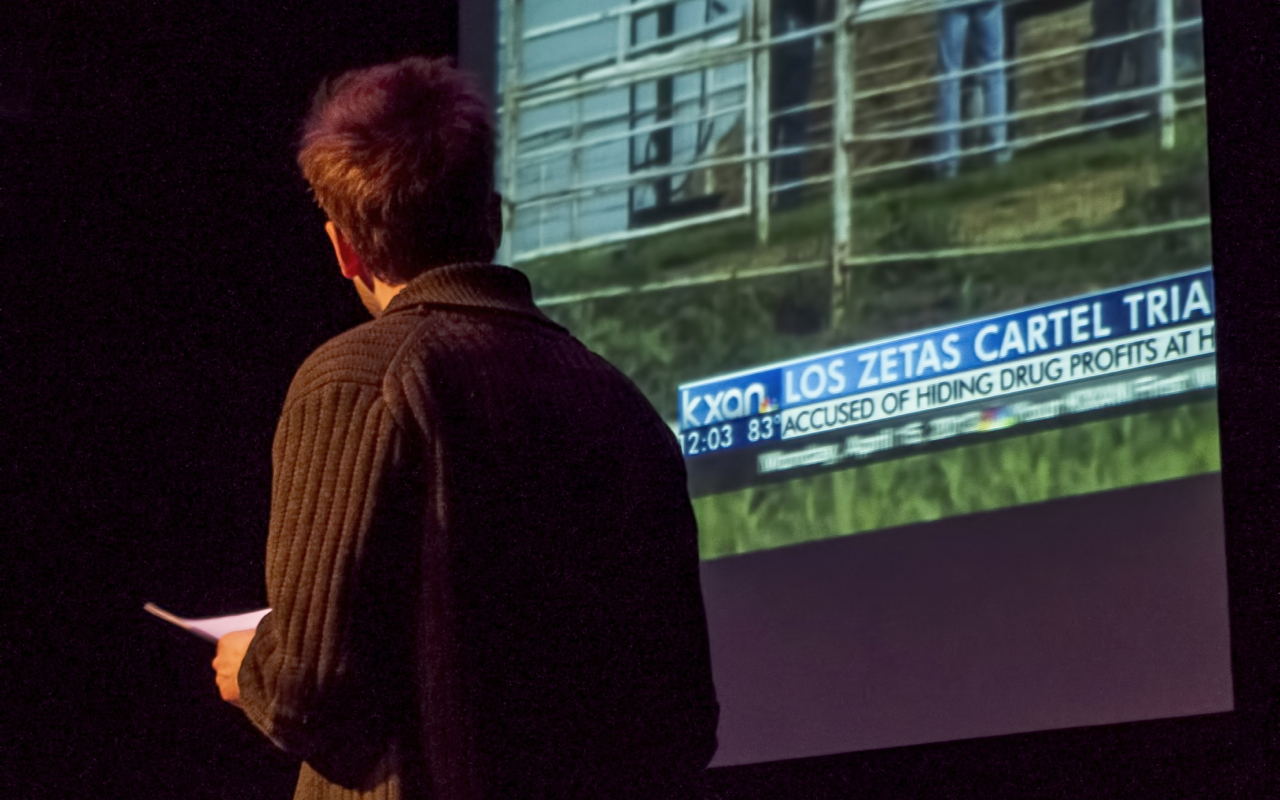 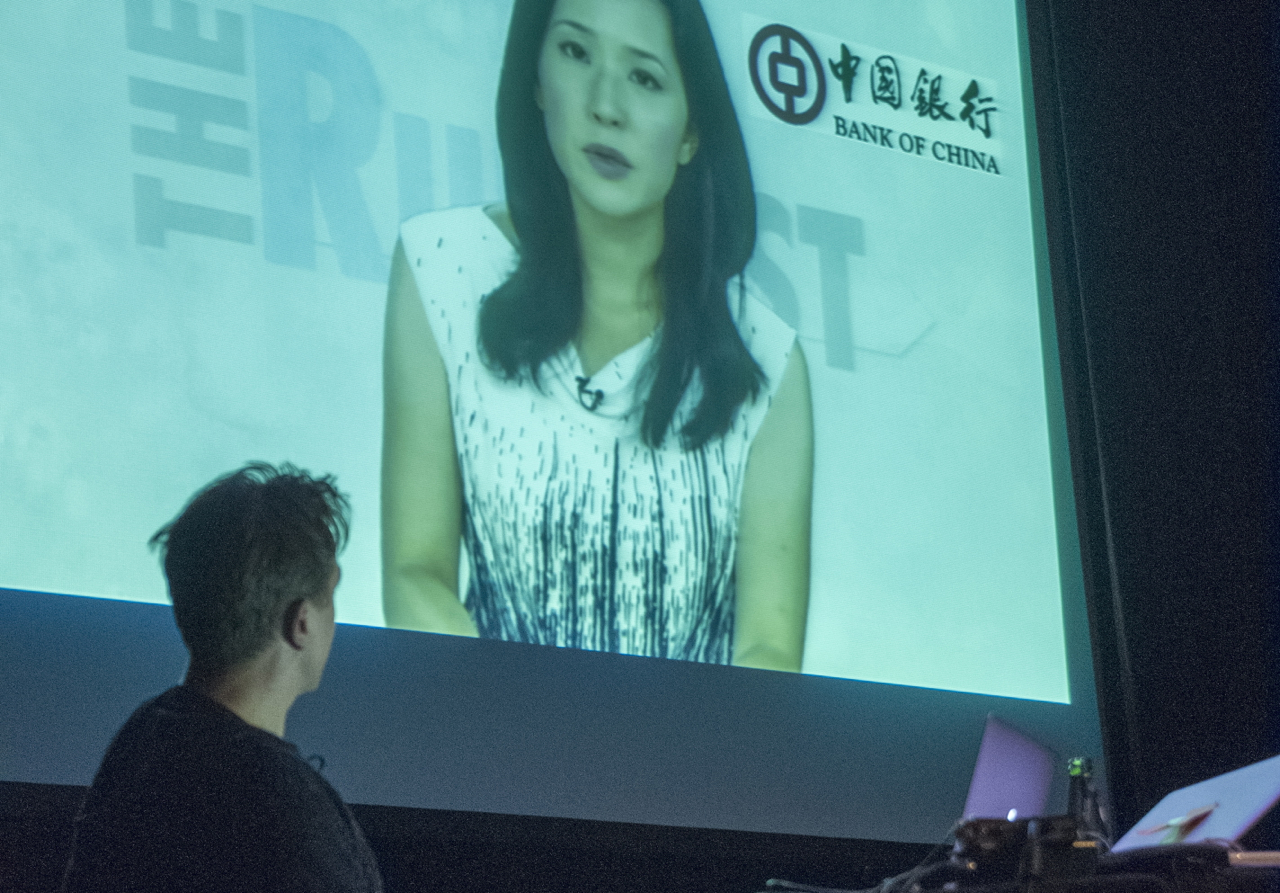 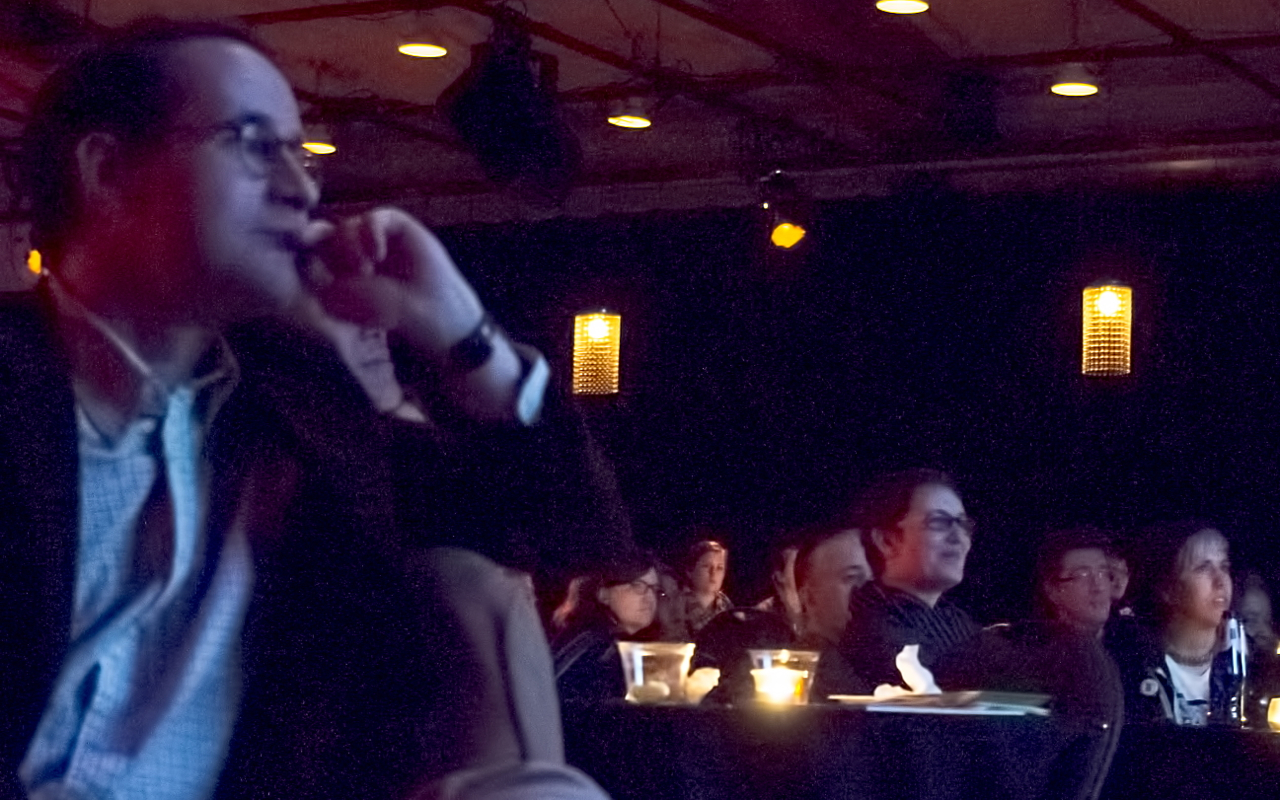 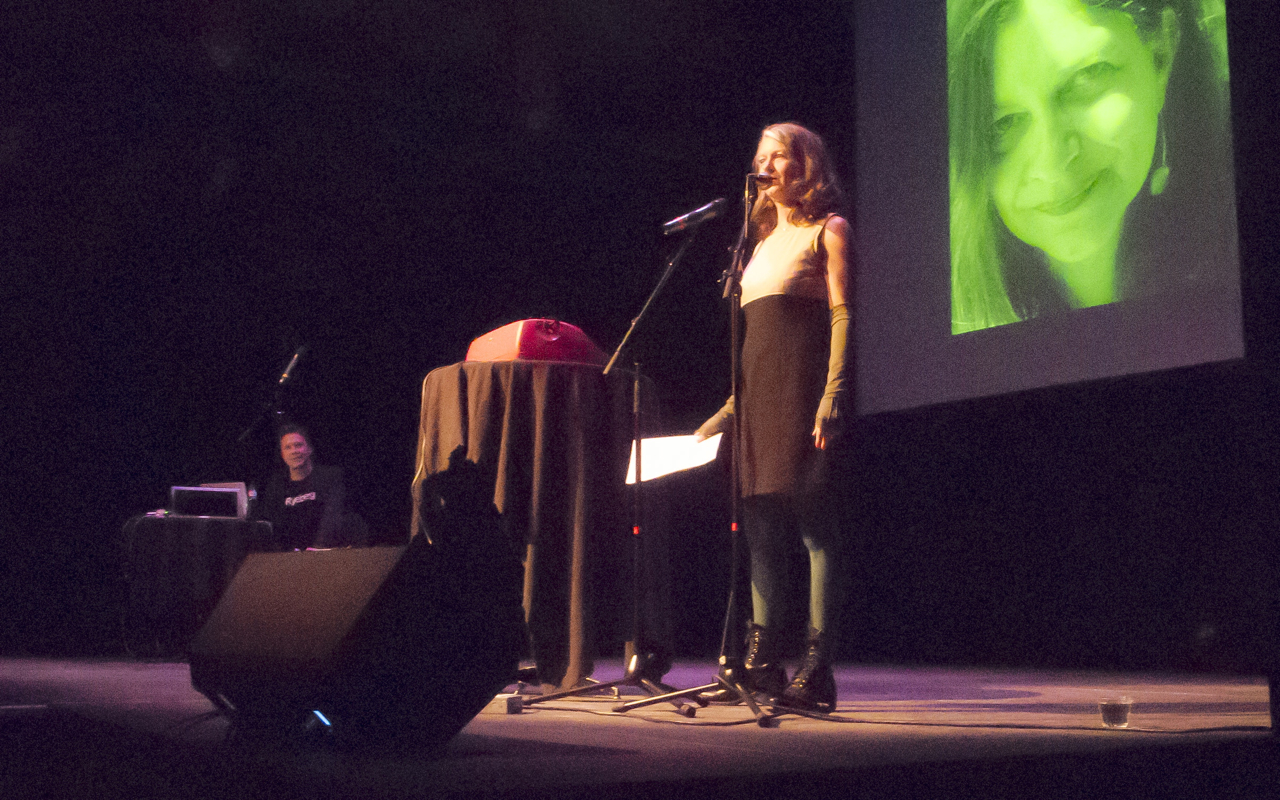 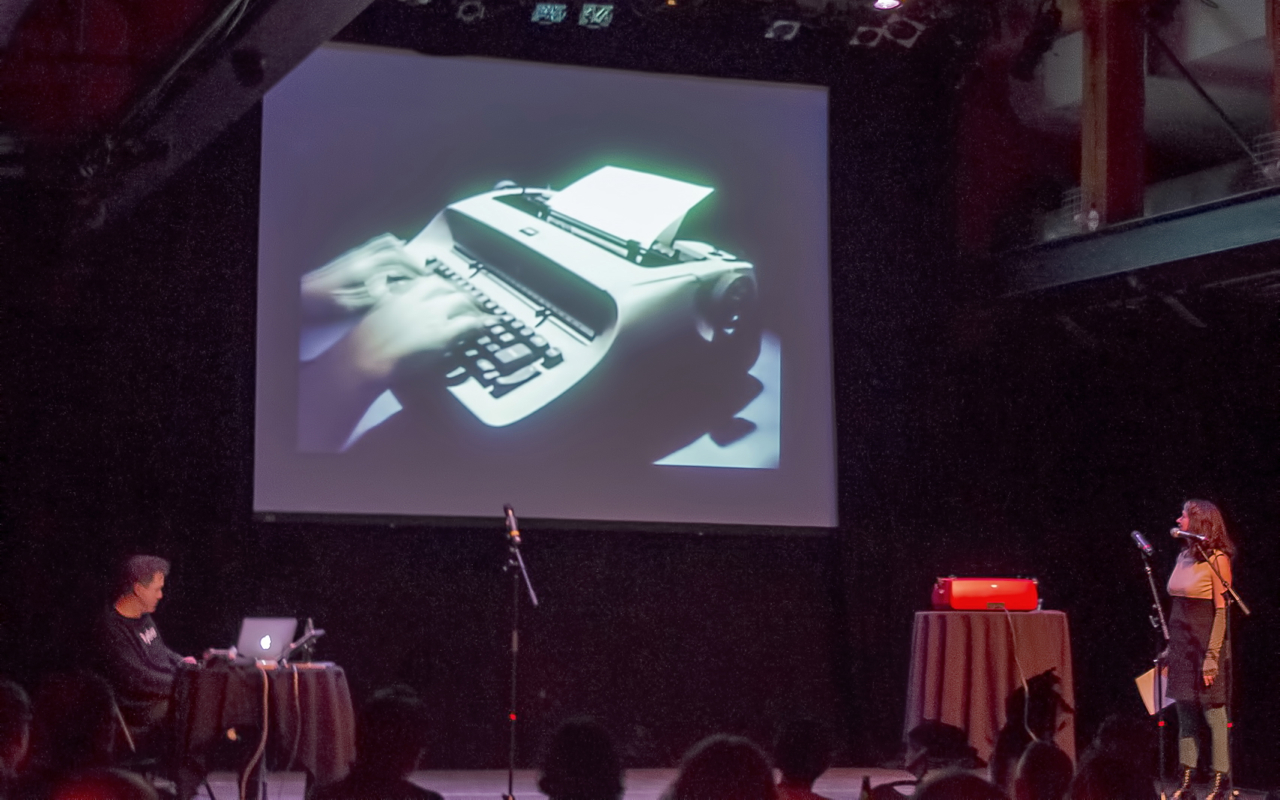 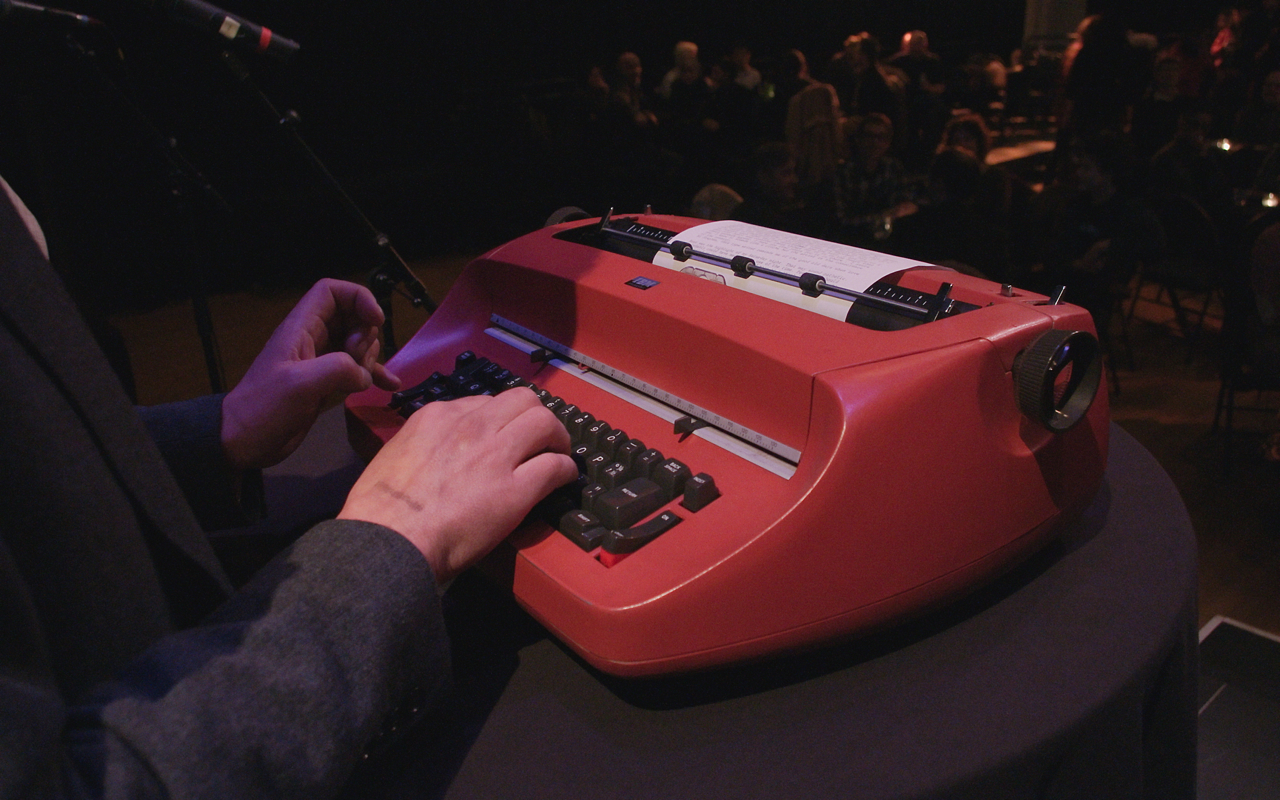 The Selectric In Action 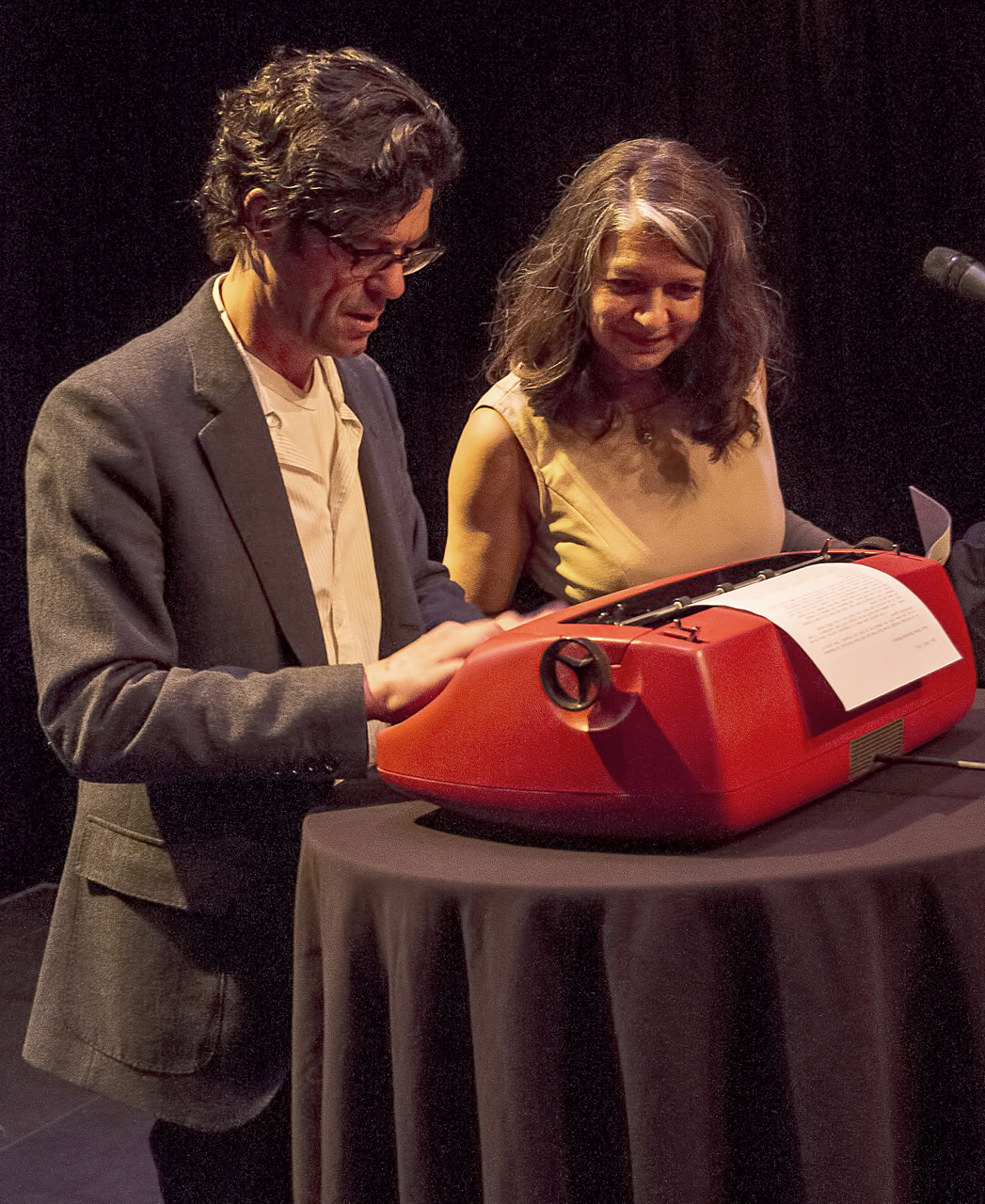 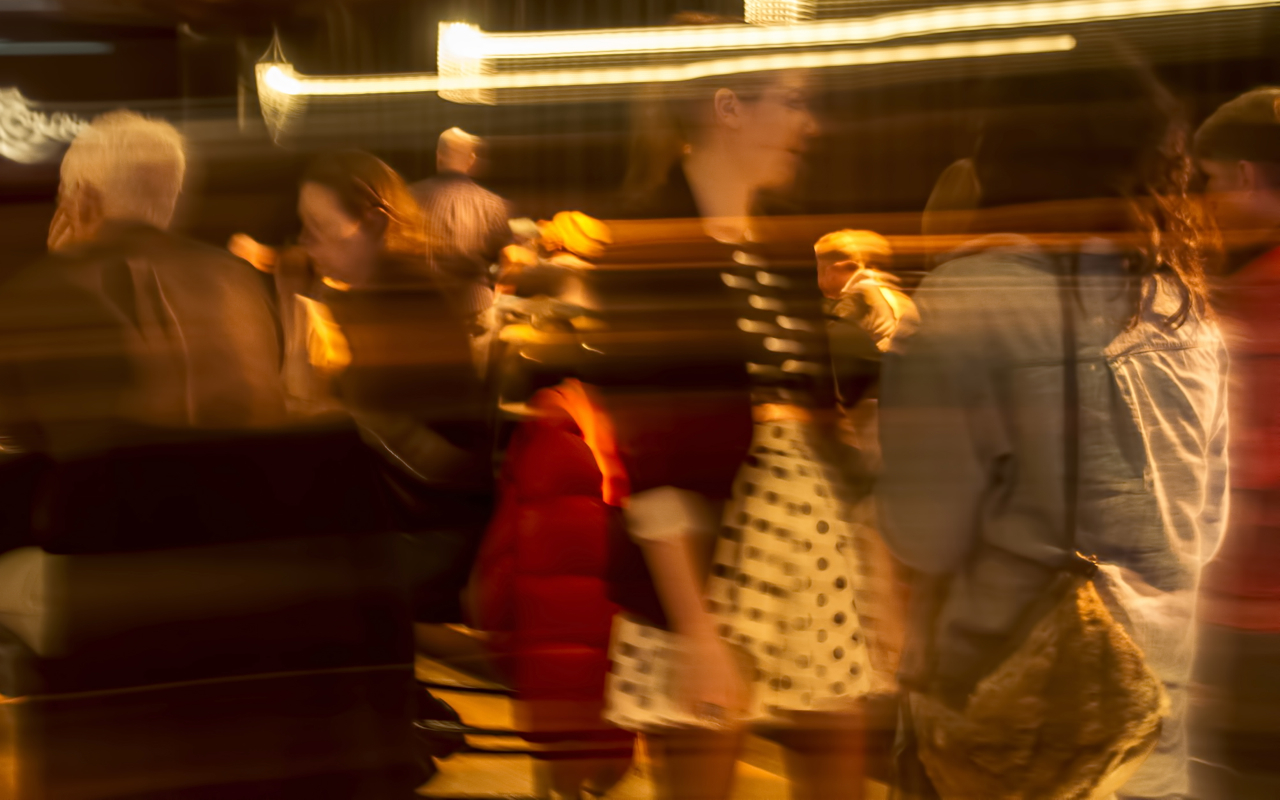 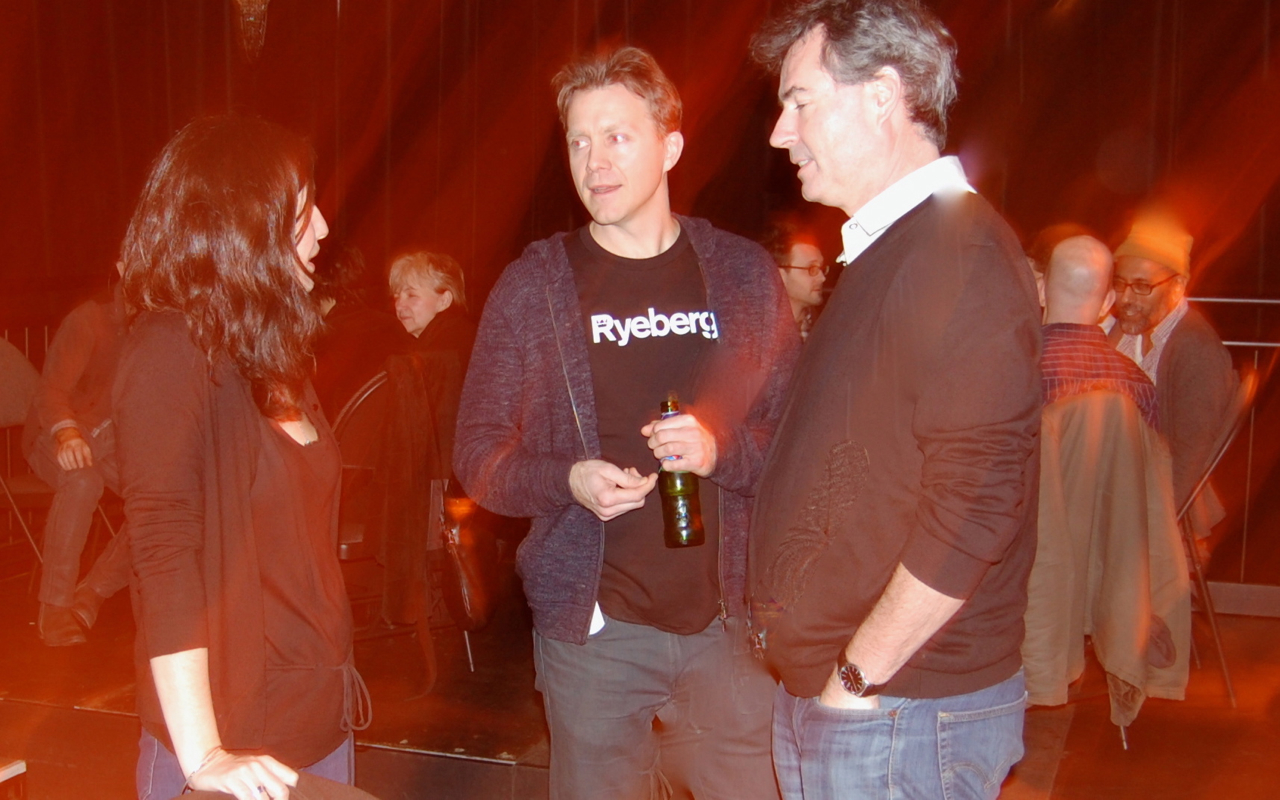 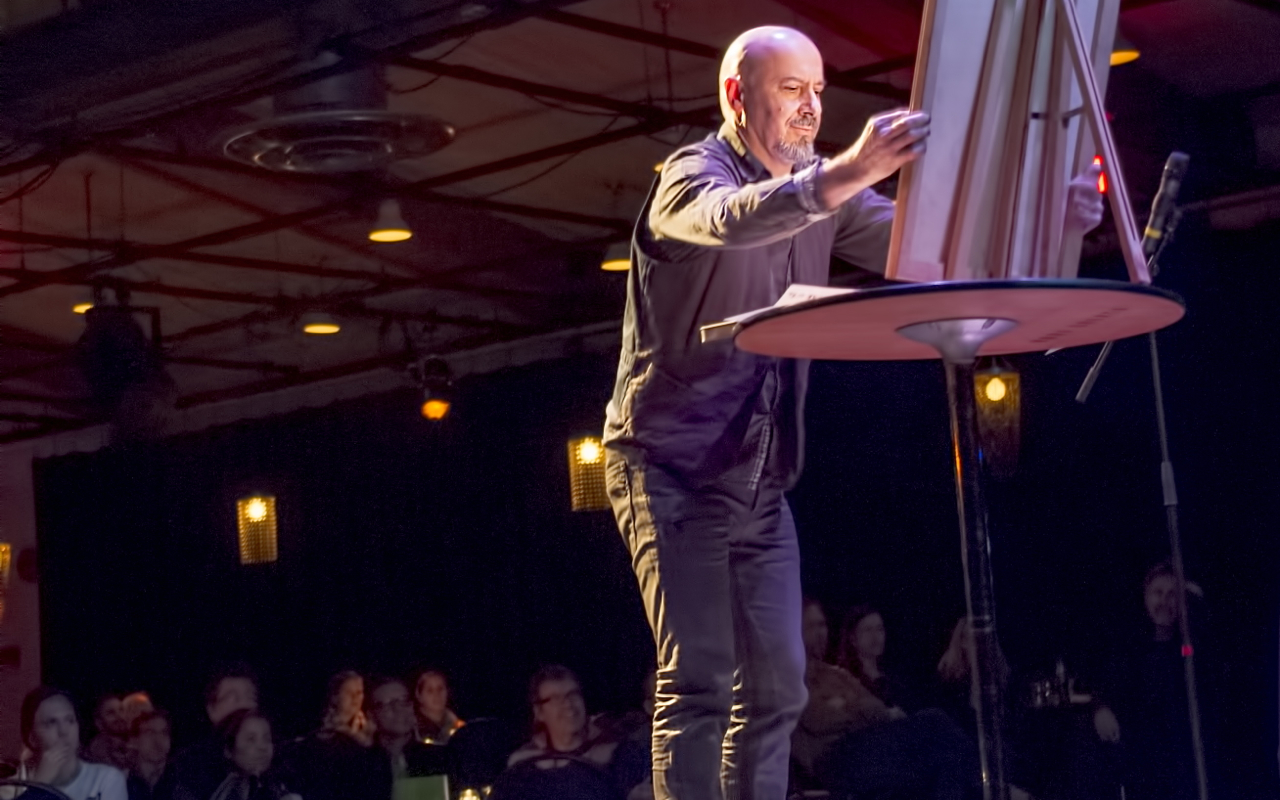 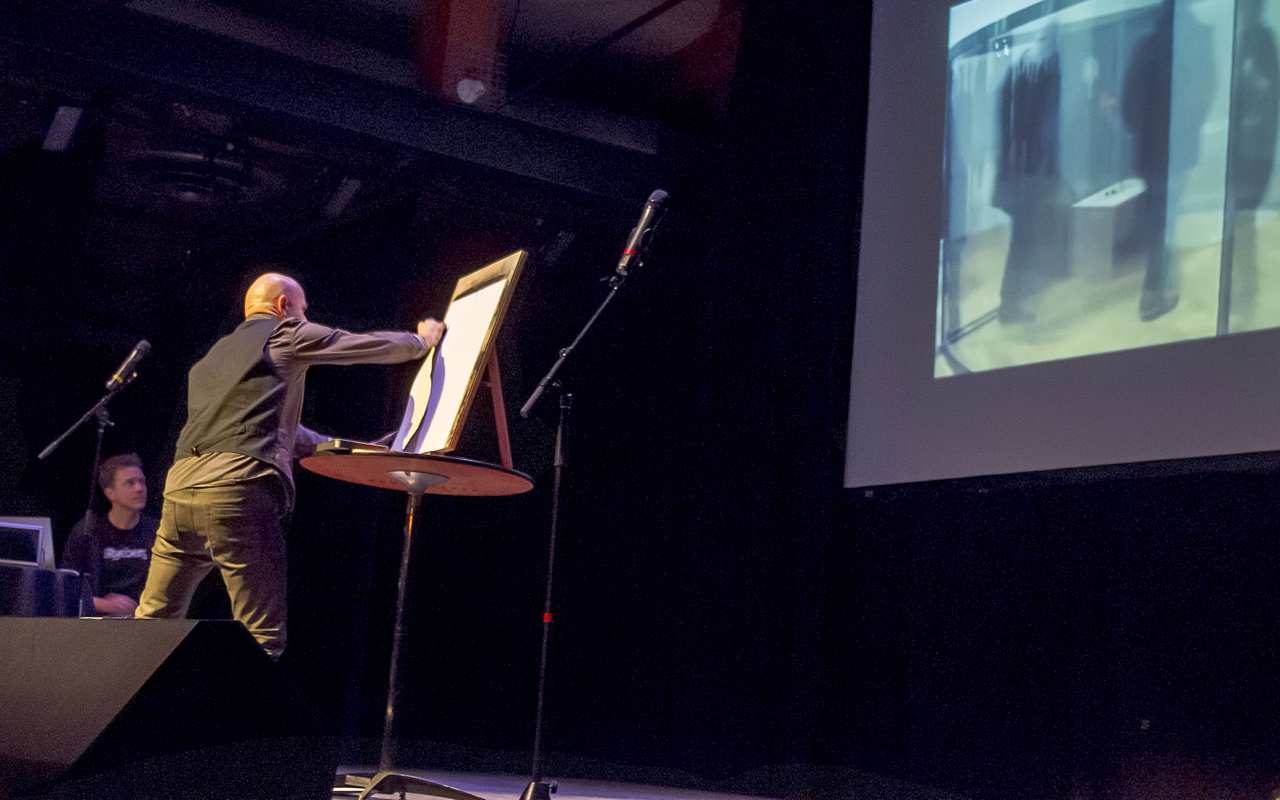 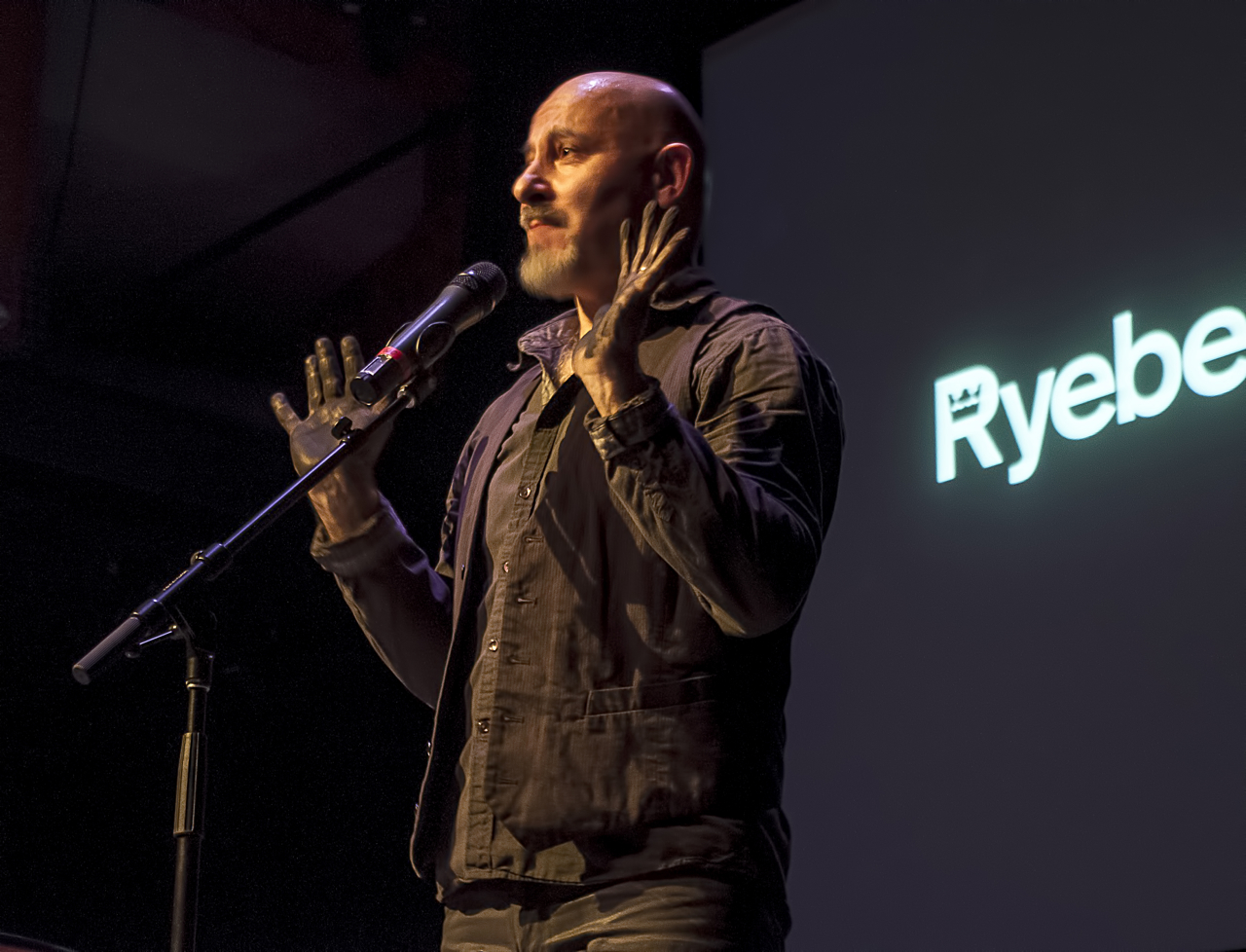 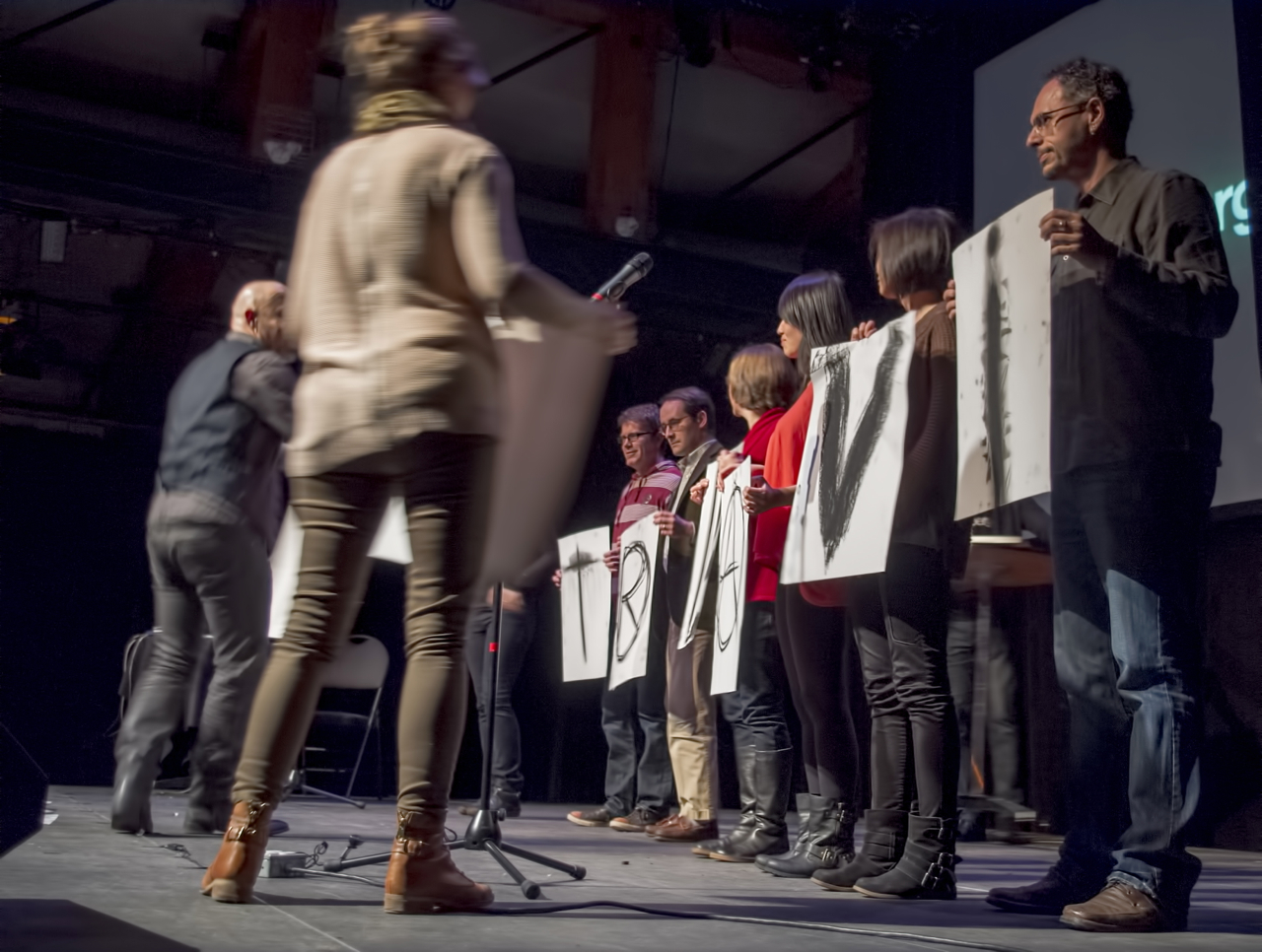 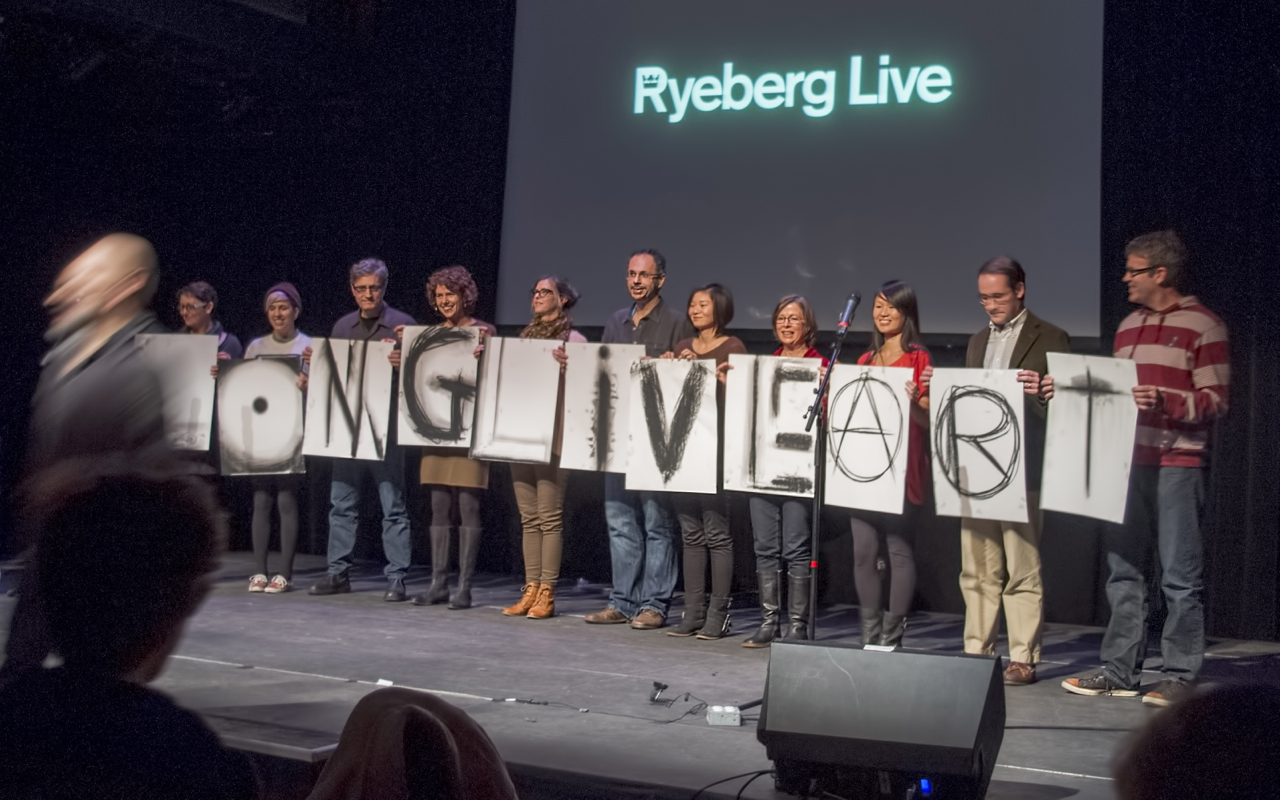 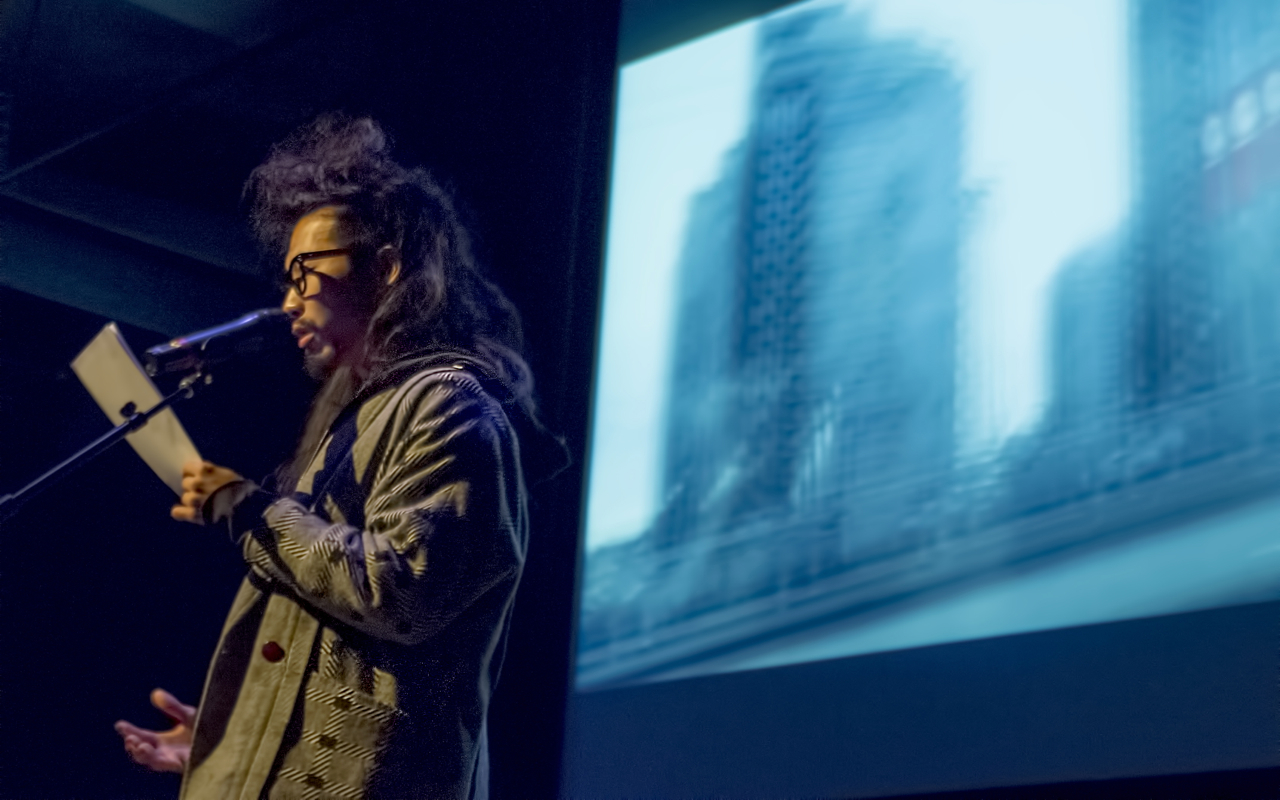 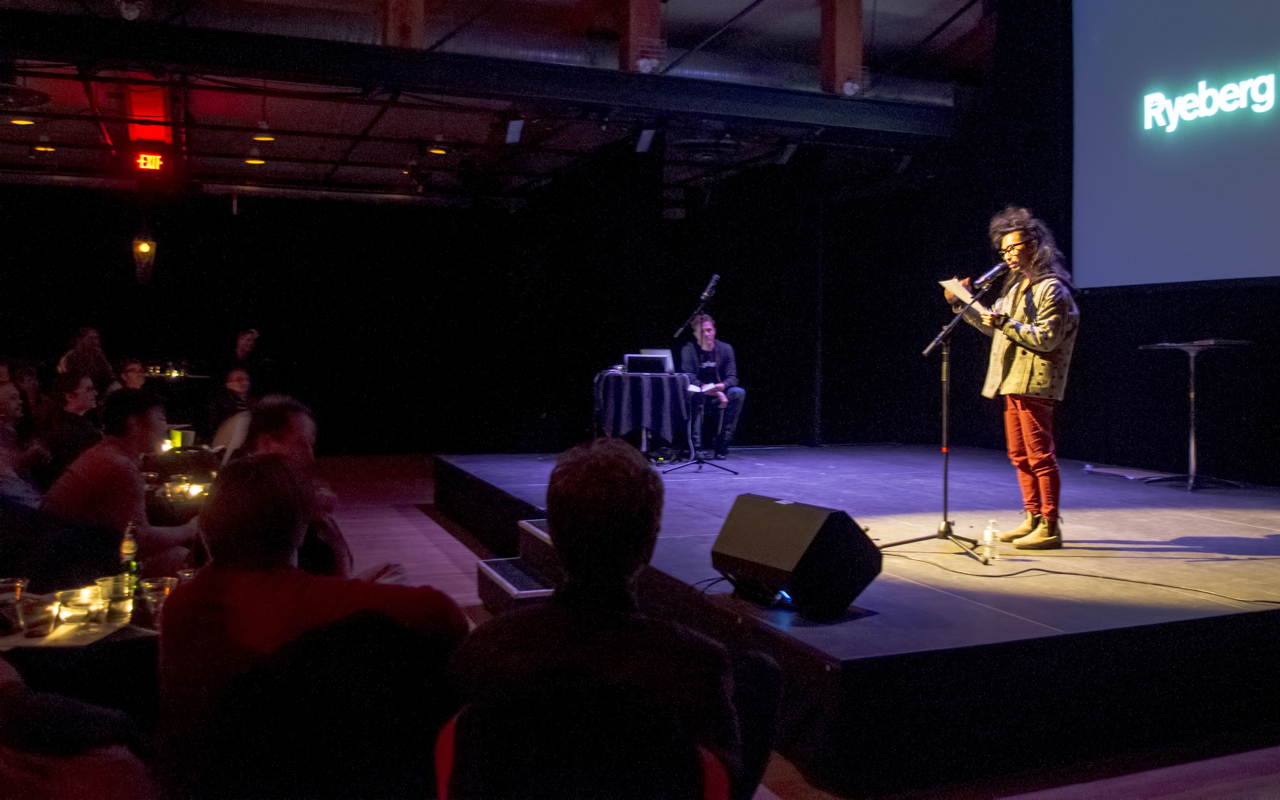 Ryeberg was very happy to team up once again with PuSh, Theatre Conspiracy, and Geist Magazine. Thanks to Norman Armour, Tim Carlson, and Veda Hille, the discerning curators at Club PuSh. Cheers also to Minna Schendlinger, Joyce Rosario, Marijka Asbeek Brusse, Cameron Mackenzie, DK, Bonnie Sun, Robert Wilson, and Lukas. Pros. Special thanks to Mary Schendlinger and Stephen Osborne at Geist for all the support, moral and otherwise. Onwards! 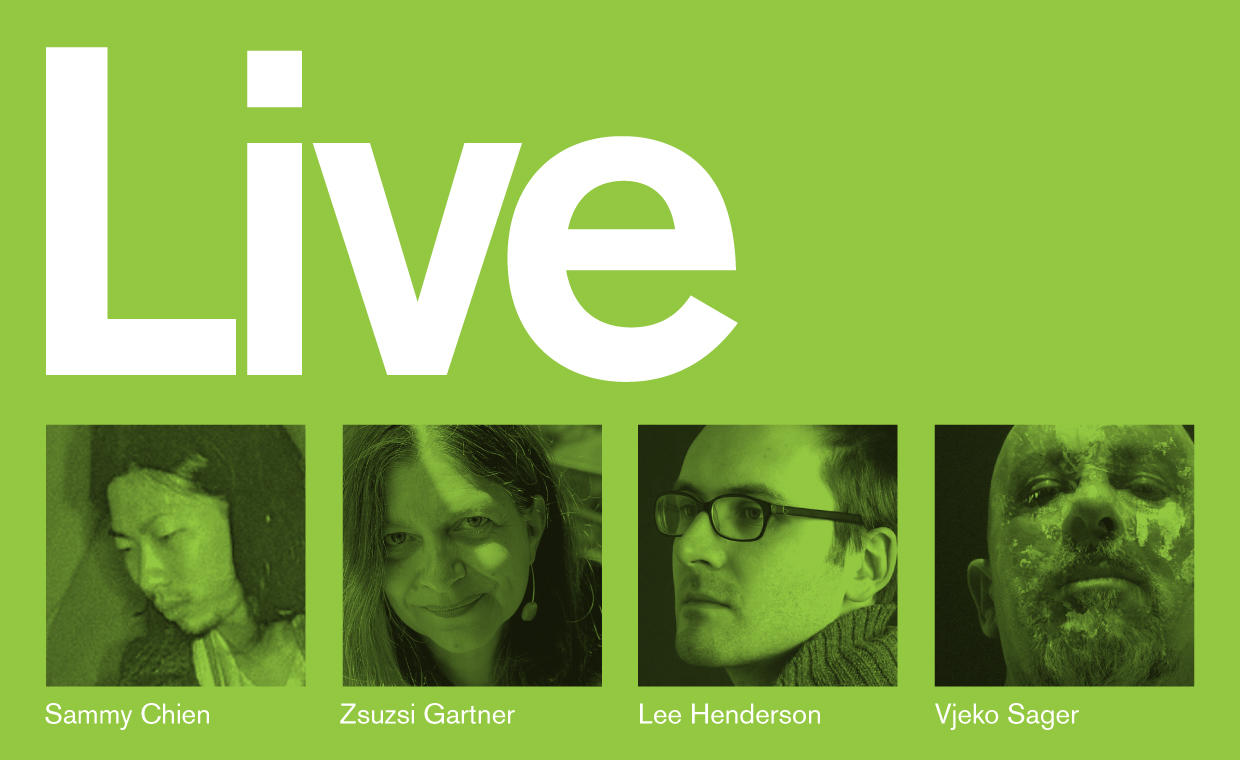