Touring The Maternal Heart Of Darkness

Performed on stage by Lynn Crosbie at Ryeberg Live Toronto 2012. 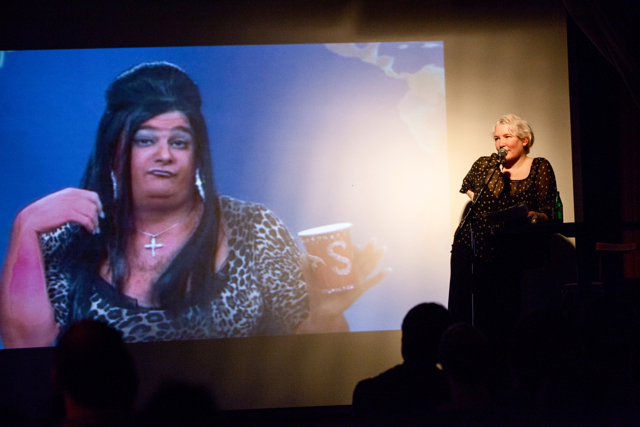 I read that Snooki was having a baby, and this made me think about mothers, about mothers in pop and their changing faces.

I want to start with a clip of a 1981 film I watch each Mother’s Day, as a tribute to this creature’s lioness power and fearsome style.

A high camp classic, which has caused more than one delirious viewer to yell, “Hit her again!,” this movie critically undermines Christina’s highly suspect sob story and in fact, shockingly vulgar use of wire hangers on her beautiful little gowns.

In 1976’s “Of Woman Born,” Adrienne Rich discusses the maternal “heart of darkness,” and tells horrible tales of actual (not demented and cinematic) violence against children, torture and infanticide, committed by mothers for reasons I believe the great feminist writer calls “complex.”

And these women, these angry, even homicidal, women were losing their shit before what I call the “Panoptimom” came into existence.

What is this? Jeremy Bentham’s 18th century prison/Panopticon, designed for maximum visibility of the prisoners, prisoners who could never tell when they were being observed.

The Panoptimom is, simply, western culture’s constant scrutiny of the pregnant body, and then maternal conduct — a far more easier feat now, thanks to camera phones: was that crazy screaming bigot mom on the British subway simply a monster or a pretty bad mother who thought, Sunset Boulevard style, that given all the cameras, she was on TV sharing vital information about the working classes?

How do mothers stand all this scrutiny, let alone the stealth photography/recordings?

They have started to become gorilla-like: the gorillas who stand, captured, behind glass, eating their vomit defiantly. That is, embracing the maternal aesthetics of the 1960s and 70s, and being as bad as they want to be.

Let me clarify: these are women in POP I am talking about. Here’s one.

If the wretched Pop mother is a thrilling reference to women’s discontent, actual bad mothers are dull, and deeply disturbing. Look at this short clip.

It’s not that what she does is so bad, in the context of all bad things, but in its utter triteness, it is almost unbearably cruel.

Pee Mother is the antithesis of my talk: actual, all evil substance, no style.

I am just letting videos run in the background of Courtney Love as an anime character (video abridged @ Ryeberg Live) and “Teen Mom,” Amber Portland, having a fight with her hideous baby daddy.

These Mom villains, the first based on a true story, unfortunately, are clearly reveling in their rejection of such bourgeois values as nurturing and caring for their young; of not debasing them and murdering their pets with Oxycodone Snausages. 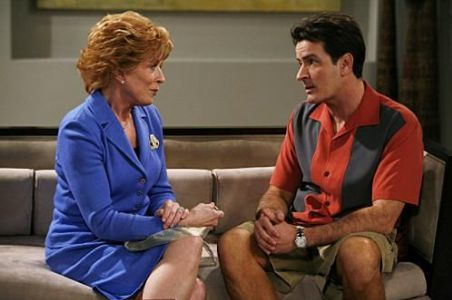 When Pop veers into reality, or reality TV, a site between truth and fiction, it is, obviously, harder to enjoy. Reality TV and YouTube have given us, long after the truly disturbing “America’s Funniest Videos,” virtually unprecedented insight into the fraught relationship between mother and child; into what constitutes their relationship and selves. Childhood is still, erroneously, viewed as an age of complete innocence (powerlessness is not innocence) and idolized: it is watched over hawkishly for reasons good and bad.

So when Snooki, Jersey Shore’s hard partying, heavy drinking, whipped-cream guzzling dwarf-goddess was revealed to be pregnant, one felt a collective, concerned gasp.

Here is Saturday Night Live’s take [sorry Canadians and The Rest Of The World Outside The United States, you're out of luck, though there is a very low quality version of this clip here].

YouTube posters are far more unkind: responding to her maybe-pregnancy, “enforced sterilization” has been suggested, contempt that “she thinks showers are a bunch of sprays of perfume” and the following: “I’m not in favor of abortion, but in this case I’ll make an exception. Please do not have the child. This woman should not breed, she should be fixed. This is the most retarded imbecile in the planet, the last thing a child needs is to be is born into her wierd, perverted, twisted version of the world. Let’s not forget that this is the same BEING that when in Rome, stood in front of the statue of David and commented on his peunus size. This moron should not be allowed to breed.”

This poster spells penis “peanus,” by the way. Allowed to breed? She should be “fixed”? The modern woman, filtered through pop culture, is here to tell you she is not a house cat but a tiger, a strong, vital creature ready to do battle for her right to be herself and a mother.

Which leads me to my favourite child, and by extension, the mother who raised her: I want to show Alana and her mother June, the Diva Beauty Queen and the Coupon Queen, respectively. Featured on “Toddlers and Tiaras” recently, they became a viral hit: Alana, for being the greatest child on earth; June for being “the world’s worst mother.”

See when I watch June, her eyes rolled back into her skull, her body rocking perversely, and screaming with ecstasy — “WORK IT SMOOCHIE! THAT’S IT BABY!” — I feel warmed by her passionate love for this remarkable child.

Simone de Beauvoir notes, in “The Second Sex,” that we do not “make” our children, that they form themselves inside of us. Yet June raised Alana, and Alana’s charisma and wit speak to a very good life.

Make a list of all the children you would kidnap, if given the opportunity then admit she is pages above the Beckham or Jolie-Pitt dullards.

Among so many trying to break free, there is the great June. She is a brave, intrepid new mother: she is woman, roaring, too big too ignore.

RSS Feed
Lynn Crosbie is the author of a book length poem entitled “Liar” and is the coolest poet in Canada. She has published two novels with House of Anansi Press, "Life Is About Losing Everything" and "Where Did You Sleep Last Night?" Lynn is an English Literature Ph.D. She has lectured on and written about visual art at the AGO, the Power Plant, and OCAD University where she taught for six years. She is an award-winning journalist with a regular column in the Globe and Mail called "Pop Rocks." She is also an ardent admirer, and fan of Michael Jackson.