Presented on stage by Andrew Pyper at Ryeberg Live Banff 2013. 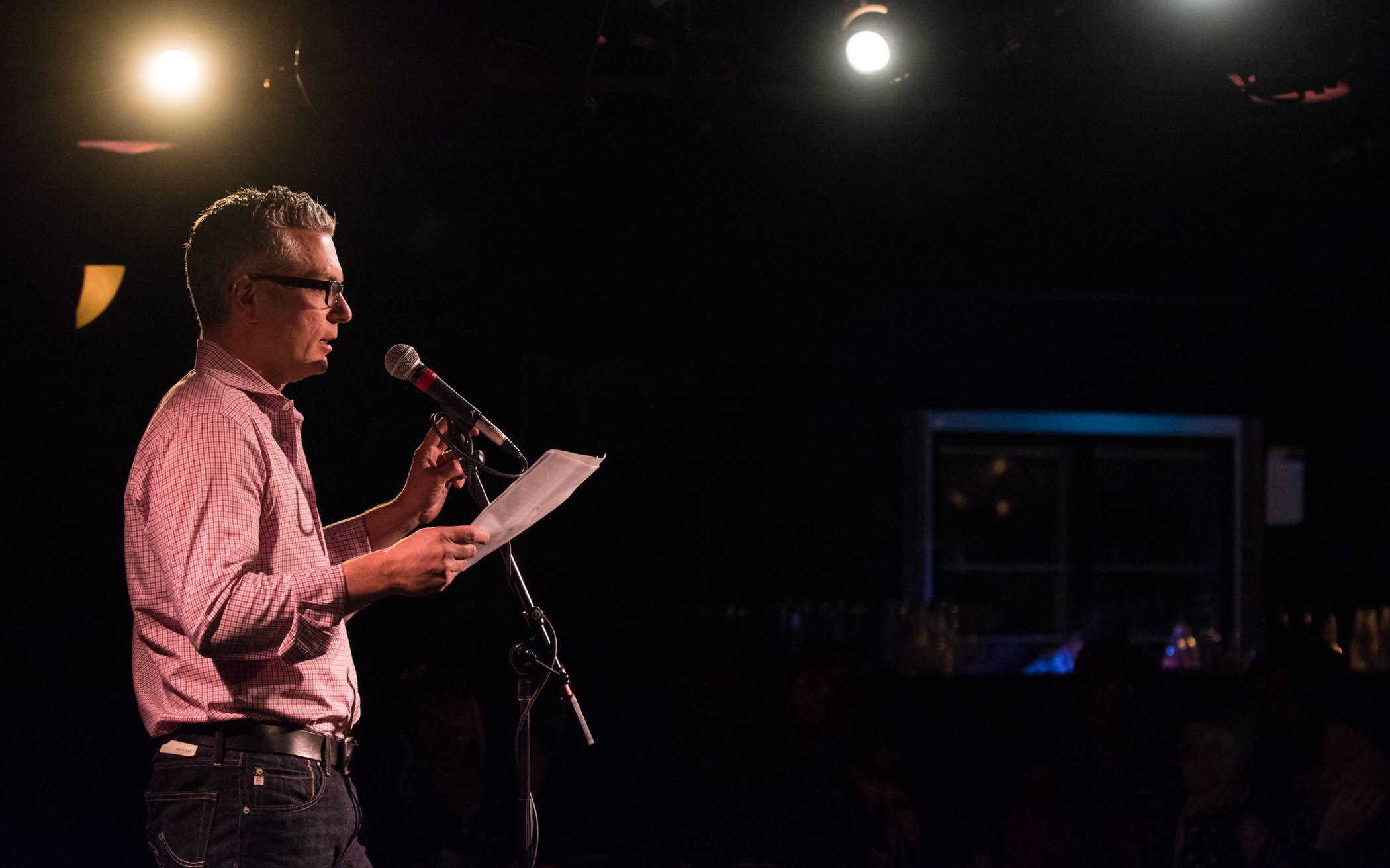 Fear is like sex. What frightens us and what turns us on are idiosyncratic, unpredictable, often unknown even to ourselves. For most, they also tend to be aspects of personhood that are defined in youth, before sex or horror are understood as real actions and exist as ideas only, figures and situations, desires and threats, all shaped in a time when the imagination is free to go where it wants to, without shame or distraction or social cost.

But “Rosemary’s Baby,” “The Exorcist” and “The Shining” — the unholy trinity of late-century horror — remain creative pillars in my early life, thrillers that literally haunted my sense of what storytelling could do. They’re also virtually unthinkable projects in today’s multiplex landscape: big-budget scary flicks with A-list casts directed by the leading auteurs of their time. Even my parents — immigrant, Presbyterian, allergic to movies — were aware of them, talked about them at the dinner table, flung the newspaper across the room when the Op-Ed pages discussed their relevance. At the same time, these were films that made space for their B-movie cousins that dismembered and macheted and cannibalized their way to grubby fame during the same period. Like a doting parent, I loved all of them equally.

But here’s the thing: it wasn’t the movies — whether high horror or low, art or filth — that made an impression on me. Because I was too young to attend their initial R-rated releases, it was their trailers that I watched. Tantalizing, upsetting, forbidden glimpses of hell viewed during the Coming Soon! segment prior to the PG-fare I was permitted to attend at the Vogue Theatre, the one and only screen in Stratford, Ontario – indeed, for many years, the only screen in all of Perth County. The single pinhole through which the cinema could reach me outside of the lame morality of After School Specials.

That freaked out the 11-year-old me when I first saw it, and only slightly more then than it does now. The swarming wasp soundtrack, the absence of synopsis, the confidence of supers naming only director, author and main cast — the simplicity. The brevity, too. At a minute and a half, the original trailer to Kubrick’s “The Shining” that I watched before “Herbie Goes Bananas” is at least a minute less than today’s commercial trailers.

Closed elevator doors in what appears to be an old hotel. An unmoving camera. Nothing happens.

I could tell from the music, then from the name “Stephen King,” and then from the tsunami of blood, that this was a horror movie. But it’s restraint announced something else as well. Horror could undersell just as effectively as oversell. It could be serious. It could assume you to be an intelligent person with a capacity to engage in images and ideas instead of “shocks” or “twists.” It could be elegant.

Then again, horror doesn’t have to be elegant.

Zombies, familiar to the point of fatigue today, were still fresh in 1978, their metaphorical possibilities only coming into view on the horizon, much as the bald-headed guy rises from the ground at the beginning of the trailer for George Romero’s “Dawn of the Dead.” Unlike “The Shining’s” arty promo, this one didn’t tickle my imagination so much as it provoked tactical questions of scene staging. What could you do with zombies? How could you shatter the pattern of normalcy by having them show up?

I was taken, in particular, by the clip of the elevator doors (yes, another set of elevator doors) opening and a gaggle of the undead storming in. It marked a perfect marriage between the everyday (in this case, that suspended moment between the elevator car jolting to a stop and the doors sleepily pulling apart) and the fantastical (instead of the living nudging in to find a spot, it’s the dead scrambling in to find you).

How long is the elevator clip in the trailer? Two seconds? Three? Long enough to suggest worlds of alternative choreography.

This trailer taught me that horror is about opening doors.

“What happened was true.”

But the claim to reality is what elevates “The Texas Chainsaw Massacre,” what lends even its trailer a stake in the real. It’s not just marketing – it’s not just verifiably false marketing – it’s another way by which horror, almost exclusively, finds a way under the skin. Conventional realistic fiction doesn’t go around saying “But this story actually happened.” We know from childhood that the campfire tale, the local legend, the “My friend saw a ghost once” anecdote are all instantly quadrupled in their power when given sufficient detail, the convincing particulars that support the possibility of the impossible. Horror movies – and the claims of their trailers – know this too, and unlike most other narrative forms enjoy an unfettered blending of fiction and documentary.

By the way, remember the mobile of chicken bones hanging over the seated skeleton? Remind you of something? A formation almost identical to the sculpture of twigs that hung in the woods of “The Blair Witch Project,” another “true story.”

Who took the time to make this ghoulish folk art? What would the hands that tied the bones or twigs together look like? The questions themselves invite specificity, an engagement the pulls us into the real.

Whose voice is this, anyway? And who – if it is laughter – is being laughed at?

This is silliness that knows it’s silliness. Which is not to say it doesn’t matter.

To conclude with evidence of this, allow me to share a story. A true story.

When I was in my mid-20s my housemates and I smoked a lot of dope and watched all of the “Friday the 13th” movies in order. As we went along, we recorded all of the inventive and increasingly comic deaths in the series and profiles of the characters who suffered them. Some time after the completion of our project, I read an article in The New Yorker by Pulitzer Prize winner and Harvard professor Louis Menand, in which he tossed off a line maligning “Friday the 13th” as inarguably sexist based on its “hockey-masked villain stalking screaming co-eds through the woods with a machete.”

I wrote a letter in response.

“To the Editor — Mr. Menand has obviously not bothered to watch the artful gore of ‘Friday the 13th’ or any of its sequels with any objectivity or care. If he had, he would know that the cumulative death toll of 130 victims comprised 84 men and only 46 women, or 35% of the total, and that in the original film the killer was not a man at all but Mrs. Voorhees, Jason Voorhees’ psychotic and vengeful mother.”

The New Yorker declined to publish the letter.

RSS Feed
Andrew Pyper is the author of several bestselling novels, including "The Only Child," "The Demonologist," "Lost Girls" (a New York Times Notable Book), "The Killing Circle" (a New York Times Crime Novel of the Year), and "The Guardians" (a Globe and Mail Best Book). He lives in Toronto. More about Andrew here.