When this child eventually comes out to his parents, his surest ally will be his sister: the one seated next to him, in the middle of the backseat. Her look to the iPhone camera says it all: “What the fuck did you have to go and do that for?” 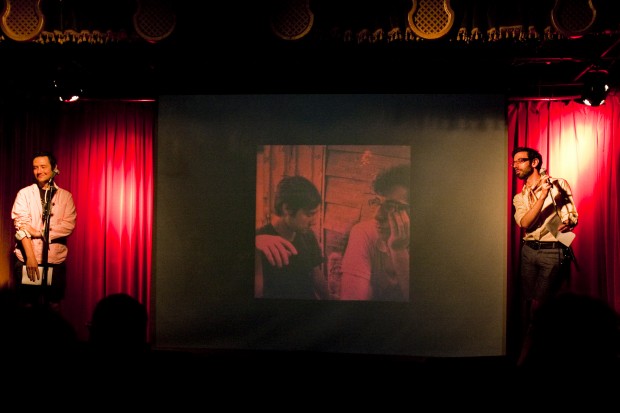 RSS Feed
Jon's writing has appeared in C Magazine, Canadian Art, GLQ, Cinema Scope, and a number of exhibition catalogues and critical anthologies. In 2009 Arsenal Pulp Press published his book on Paul Morrissey's 1970 film "Trash." He has curated numerous film/video screenings and exhibitions including the traveling retrospective People Like Us: The Gossip of Colin Campbell for the Oakville Galleries and Ryan Trecartin: Any Ever at The Power Plant Contemporary Art Gallery (with Helena Reckitt). He is currently in the PhD Art History program at Stanford. More Jon Davies, click here.