Toronto photographer, Eugen Sakhnenko, known for his revealing portraits of “people and the spaces they create” has included Erik Rutherford in his Atlas project. Atlas is a blog where Eugen profiles “interesting individuals involved in cool undertakings and careers.” Here is the photo that Eugen took and featured on his website, along with the profile he wrote (click here to see the same on Eugen’s blog). Thanks Eugen for making Ryeberg part of his own very cool undertaking. 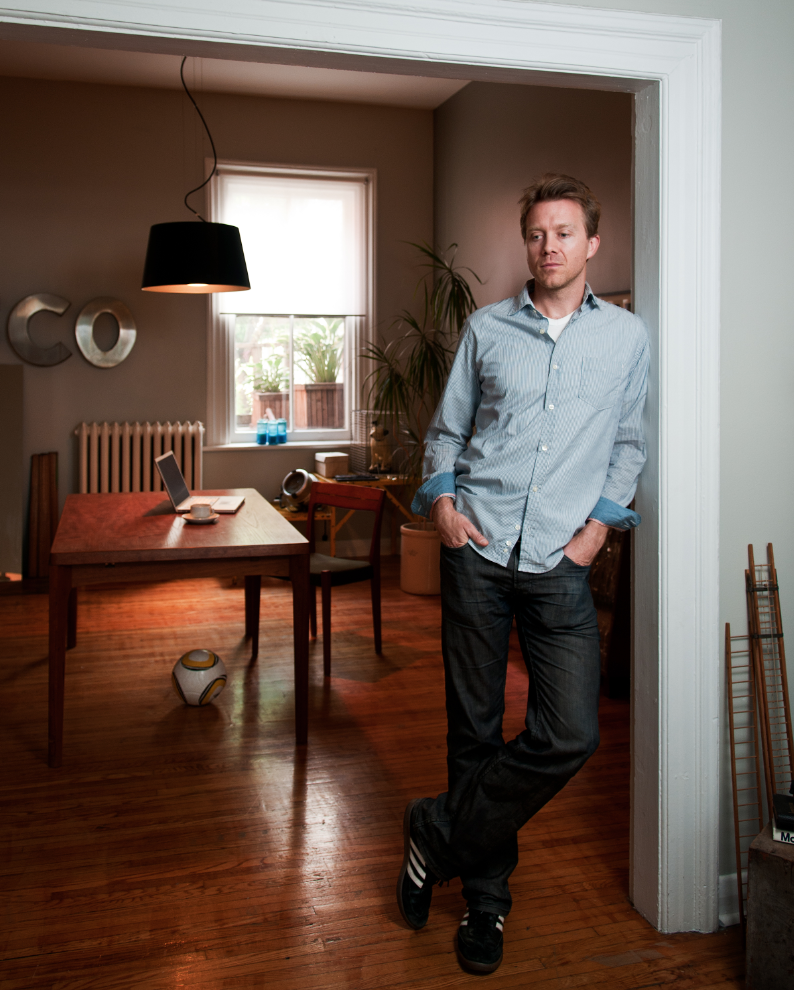 “Anyone with even the slightest experience online, knows the depths a comments thread can quickly sink to. On YouTube this is perhaps more prevalent than most places. “I’d often put up comments to debate with other users or I’d send videos to friends; there was so much to say and yet the exchange was generally pretty poor and disorderly,” says Erik Rutherford – the creator of Ryeberg.com. The website “publishes essays about YouTube videos, (or videos from any other video-sharing site), curated by writers and artists.”

Erik grew up in Toronto and Victoria, going on to study literature at McGill and then Oxford. He lived in Paris for 8 years, where he worked as a freelance writer, a teacher, and also produced two radio shows; since 2005 he has been living in Toronto. The idea for Ryeberg came to him “one night at a dinner party with everyone hunched over a laptop watching a YouTube clip.”

Erik thought it would be great to “subject all this perishable, popular video stuff to some kind of useful critique.” As a result, “Ryeberg would designate video clips to take note of and then wrap them up in intelligent text, perhaps even becoming a pole of authority.” The authority lies in the hands of an ever expanding group of contributors on the site, aptly named curators. Sometimes curators are recommended, on occasion strangers submit great content, and Erik has a running list of people he admires and hopes “might be enticed to contribute.” Recently, Ryeberg has broken free of its digital self through a live event.

“Ryeberg needed to manifest itself in the world of flesh and blood, like any other agorae of the web,” says Erik. “I also sensed that curated videos could work in a live format, and this turned out to be true.” When videos clips are watched in a group, “we are naturally more attentive,” says Erik, “they are transformed by the presence of other people”.

At the moment Erik’s number one priority is growth. “The essays on Ryeberg deserve many more readers,” he says. So if you haven’t taken a look at Ryeberg yet check it out and let all your friends know. If you want to be kept in the loop, be sure to add yourself to their mailing list.”