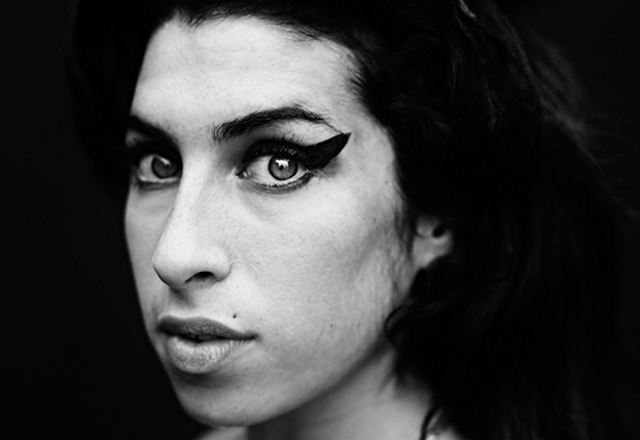 It’s an old story, of course. Countless artists have prematurely ended their lives from various drugs and other abuses, and a few, like Amy Winehouse, give us plenty of warning that they’re headed in that direction. Can any of us really say we were surprised when we heard of her death at 27?

She was booed off the stage almost as often as she was cheered. People who went to see the Ramones or the Pistols probably had the same question in their minds: are we going to get the sloppy version or the transcendent one tonight? But for Winehouse you didn’t have to go to the show to find out. You could see it later on the internet. What’s unusual about her story, as compared to that of Chet Baker, Charlie Parker, Judy Garland, Janis Joplin, Jimi Hendrix, Lenny Bruce, or Kurt Cobain, is how much of her personal chaos appeared on stage, and — because we live in the 21st century — on YouTube.

So the first thing I noticed when I came across this series of clips from the singer’s last real concert, in Belgrade on June 18, was how high the quality of the shot is.

RustlingRagazza, whoever he or she is, made sure to get a good spot, and brought a good camera – the title of the clip even has “HD” in it (probably for the quality of the camera), though in the context of Youtube I’m not really sure what that means. I imagine it was in the back of RustlingRagazza’s mind that there was a pretty good chance something would be worth filming that night — a comeback, a gaffe, a collapse, something. It makes watching it feel sordid somehow — that we’re not only watching the car crash, but somehow encouraging the kid who sits at the dangerous curve in the road, hoping to see a bloody one.

If you want to see what Winehouse sounds like when she really nails “Some Unholy War,” you can look here.

Here she’s everything people were all excited about: a mix of the hyper-modern and the traditional, a new tone in soul. Tattoos and bouffant, little-girl pout and big-girl voice, R&B romance with a bit of ska jump at the end. Notice how she’s completely lost in the song – the eye-rolling here doesn’t seem drug-induced, but a sign of artistic concentration. She hardly moves, but her presence is enormous.

Here’s the middle shot, from September 2008, in London.

I believe that this one is from the same general period as the one above. Here it looks like she’s pulling on a pint glass of wine around 0:12, and her devotion to the effort of getting the liquid into her mouth is noticeable. A little less clear on the lyrics, occasionally a little flat on the notes, but still the power and the showmanship. Her banter afterwards is a bit slurry, but it’s also charming — singing all these downer songs can be “fucking depressing,” and she’s quick on her feet when an audience member tells her she loves her.

Predictably, though, it’s the Belgrade show that has gotten the most viewings. As of this writing, the London show has about 60,000 views, the “Great Performance” around 182,000, and the Belgrade show 546,000. The car-wreck factor must be part of it for most people.

There’s also a weird little narrative. Around 0:41, Winehouse pretends to fall into the arms of backup singer Zalon Thompson — it’s a bit they’ve done before on stage, but she’s so out of it that, at first, poor Thompson doesn’t realize that she’s doing it on purpose and just sets her right again. The filler music ends, the crowd is restless, but she’s trying to make it all a part of the show, telling Thompson that they’ll try the bit again. Around 1:24, she pretends to scold him, “You have to catch me, though. I’m just letting you know, I’m going to fall.” It’s then that she hears the unhappy crowd and makes a “WTF’s the problem?” face. It’s a classic moment when the drunk thinks she’s being the life of the party, not its embarrassment.

When “Some Unholy War” begins, she thinks that she can save it. She hears the intro, she rotates her hips, steps up to the mic, and then… at 1:45, that’s when it comes apart — she doesn’t know the words, or she doesn’t know which song she’s supposed to be singing, and the terribly sad thing is: she’s surprised. She may be the only one who’s surprised. She gets a cue from the bass player, and belts out the first line with some conviction, but then, at 2:06, the rest is gone, and she looks to Thompson completely lost and, for the first time, ashamed. 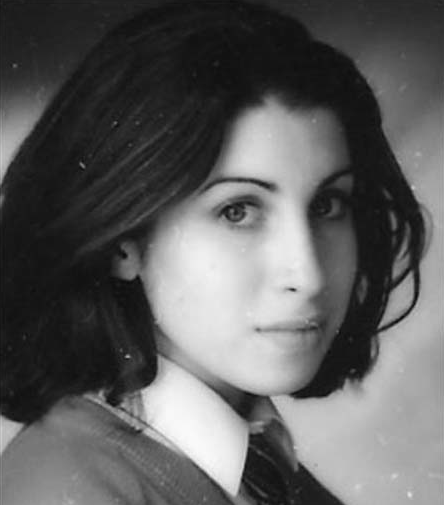 The gestures that follow: she covers her mouth with her hand, she crosses her elbows in front of her chest, she looks down, pouts, seems almost in tears at 2:58, even petulantly flops her hands to her hips at 3:18 — are the gestures of a misbehaving girl who finally realizes that she can’t sass her way out of her situation. It’s amazing because, for all the artificiality of Amy Winehouse’s performances in other contexts — the unabashed sexiness, the sheer vavoom of her persona, on stage in these moments she reveals herself to be something smaller, more real, less mature, more tragic, than at any other moment in her career. She’s a spoiled girl, she’s a self-indulgent drunk, she doesn’t know how to stop, and everyone, even she, knows it. And there’s nowhere to hide.

She actually comes back for a moment around 4:16, but it’s too late. She seems genuinely upset and completely unsure of what to do with herself. So she just stands there in front of the mic, unable to look at anything else, naked in her damnation.

The one thing she finally manages at the end is the bit with Zalon Thompson. And it gives Winehouse her one moment of pleasure in this entire clip, complete with a relieved, sleepy smile. At last, something she knows completely how to do: fall.

Nothing Left To Lose

RSS Feed
Adam Sol is a poet, papa, professor, point guard, and occasional pundit. His books include "Complicity," a collection of poems, “Jeremiah, Ohio,” a novel in poems, and "Broken Dawn Blessings," poems linked to traditional Jewish morning prayers. He is also the author of "How a Poem Moves," a field guide for readers of poetry. He is known to cover Steve Earle songs, with mixed success. More Adam Sol here. Photo by Barbara Stoneham.