Ryeberg’s been around for almost three years now! So much has happened since “Talking About Ryeberg #1” (and since we launched back in 2009): we’ve published over 250 Ryebergs by more than 65 contributors. Along the way we’ve received many kind messages from people all over the world, praising Ryeberg for maintaining its quality, rigour, fun, interest, variety, curiosity… Nice, thanks. Encouraging words are always welcome here at labour-of-love Ryeberg.com. Cheers also to the people who’ve talked generously about Ryeberg elsewhere in the cybersphere. A few mentions… 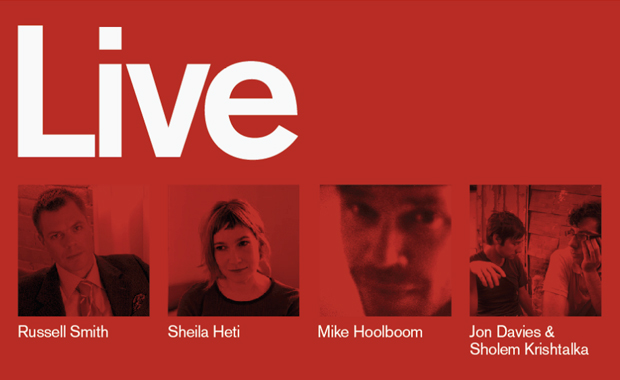 Open Book Toronto, the online hub for the all things literary in Toronto, helped spread the word about Ryeberg Live Toronto 2010, saying “If you haven’t already checked out Ryeberg, we recommend you do. It is a fantastic concept and a fantastic site.” They also posted a Q&A with Erik Rutherford, Ryeberg Editor. Here are a couple highlights.

Open Book: Toronto:
Hello! Tell us all about your project, Ryeberg Curated Video. What, when, why, where?

Erik Rutherford:
I first had the idea for Ryeberg in early 2007. Friends and I were gathered around a laptop and showing YouTube videos to each other. We started to feel a little self-conscious about it. As a joke, someone quoted the Ginsberg line: “I saw the best minds of my generation…” It got me thinking about how video-sharing was becoming a habitual part of our lives. What significance? What if I invited a whole lot of smart, distinguished people from different backgrounds and disciplines to choose YouTube videos and write about them?” A year later, I got round to building the site.

There were already a few video aggregation sites ranking and categorizing clips. With Ryeberg I wanted to put the emphasis on the contributors, to let their enthusiasms and interests guide the way. A kind of show and tell for writers and artists.

I was also very careful about the look of the site – about what font to use and so on (and a lot of credit goes to Monnet Design). Text is generally not very respected in Internetland; good writing can feel as evanescent and disposable as everything else; it gets decontextualized, washed away. Pasha Malla puts it really well in a recent curated video (“Among Little Instruments”):

“With the internet there’s always that nagging urge to get on things quickly, because they expire so quickly: something interesting pops up and prompts a sudden, always fleeting rush of attention—if you have anything to say, say it fast!”

I wanted Ryeberg to preserve that sense of intent that you feel with a printed magazine or a book. I hope the way the pages are organized, you feel urged to read and watch curated videos in the order given by the author, and not too easily drawn away. There are hyperlinks of course, but I hope pages are not too porous and you feel a little cosseted from the frenzy of the rest.

Why? Online video doesn’t speak for itself. Let’s make use of it, surround it with intelligent discourse, figure out what it all means…

OBT:
The project is named after your great-grandfather, Rudolf Ryeberg. Tell us about him.

ER:
Rudolf appears in plenty of old black in white family photos, usually with accordian in hand and women and children gathered round. As a kid, my sisters and I would dance as he played for us. He worked in a metal factory most of his life, but was known for his distinctive style. He dressed above his class so to speak. I suppose it was his special distinction that made it feel right to take his name. Good name too.

The crown in the logo comes from the Swedish coat of arms, and it is not only to signify that Ryeberg is slightly upscale within a universe of flashpan pop. It’s an oblique reference to the fact Rudolf wrote to the Swedish king for permission to marry Anna Hansonn. He was 17 at the time (she 19), and anyone under 18 was not allowed to marry. He got what he asked for.

ER:
There are so many! Well, here are ten.

Read the complete interview here. Soon after that first Ryeberg Live show, Erik did another interview with Toronto photographer, Eugen Sakhnenko, for his Atlas blog, a series of profiles with “interesting individuals involved in cool undertakings and careers.” Eugen has since removed Atlas from his website, but you can still see the profile he wrote and photo he took here on Ryeberg Speaks.

Over at Influency Salon, a very fine Canadian poetry website, writer Eric Foley said that Ryeberg could be of interest even to poets: “Charles Olson would sometimes visit Ezra Pound at St. Elizabeths Psychiatric Hospital; finally, due to Pound’s fascism and anti-Semitism, Olson decided he would not go back. That night Pound visited Olson in a dream and said: “Of rhythm is image, of image is knowing, and of knowing, there is a construct.” I heard this story from R. Bruce Elder, who heard it from Stan Brakhage. I’ve never been totally sure what it means, but I think that the visual and its many rhythms are of interest to poets. We can discover amazing things by chance, but Ryeberg is an opportunity to allow some of our viewing to be guided by smart, creative people who have a vested interest in thinking about what they watch and in writing about how they feel about it.”

Ryeberg contributor and super artist, Margaux Williamson, mentioned Ryeberg in her 2011 year-end roundup of “art things I thought about this year, that I can remember today, in order of remembrance,” at Back To The World, a culture-talk blog she created with Chris Randle and Carl Wilson. Ryeberg, she said, is “really interesting,” one of the websites that is “figuring out how to talk about or organize the massive amounts of videos out there.”

At Scrawled In Wax, Nav published a short essay titled “The Unending Flood, Hipsterism and Hope” in which he talks about Russell Smith’s Ryeberg “Die Hipster Scum.” He asks, “What place do you want to carve out for yourself: the person who critiques the hipsters?; or the person who abandons themselves to hope?” Russell’s antipathy to hipsters is challenged by Carl Wilson’s essay “A Spectre Is Haunting Culture: The Spectre Of The Hipster.” Worth checking out if the hipster thing is still of interest to you.

Ryeberg has just returned from Vancouver where Erik Rutherford, played host at Ryeberg Live Vancouver 2012, held at the Waldorf Hotel and featuring Charles Demers, Stephen Osborne, Miriam Toews, and Michael Turner. Ryeberg appreciated the many plugs in the local press — at Scout Magazine, BC Living, Vancouver Is Awesome and elsewhere. Vancouver is awesome. Hey, and it was good fun for Erik Rutherford and Miriam Toews to talk with Rick Cluff on CBC Radio‘s Early Edition. A second live show is upcoming at the Drake Hotel in Toronto, March 19th. This time it will Jowita Bydlowska, Lynn Crosbie, Sean Dixon, and Nick Mount performing their “show and tell” of YouTube videos. Should be great!

Which brings us to the sweetest gesture that anyone has ever made to Ryeberg. Not long before Ryeberg’s first live show, back in the spring of 2010, this video showed up in the Ryeberg inbox. It’s by songwriting wonder, Jonathan Mann. Thanks again Jonathan!