The Award Goes To

I’m not sure when it was that I began to grow disillusioned with televised award ceremonies. They are theatrical performances, sure — inherently fragile and purporting many surprises for the audience — but the narratives are anything but fragile or surprising. Can you imagine if “Entertainment Tonight” discussed the possible storylines of a theatre production months in advance like they do the Oscars® or Grammys? Unlike (good) theatre, you walk away from one of these shows wanting a shot of hard liquor to make it all disappear in a haze of Bill Conti-orchestrated sparkle and silvery staging.

It’s not so much that sometimes the right actor gets picked for the wrong film. 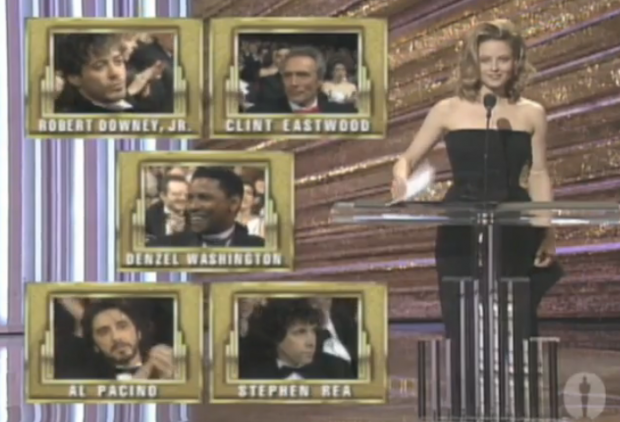 Or that sometimes the wrong film wins in the wrong decade.

Nor is it necessarily a question of ridiculous egos taking oxygen-depleting lengths of uninterrupted camera time.

Or the decades of unsuccessful demonstrations of Picture Editing.

I call it the MTV Awards Effect: let’s just have a stupid party and not worry about heavy shit like talent and integrity. Forget the subtleties of Marshall McLuhan, it’s not about the medium or the message: now it’s about content. Director William Friedkin recently called the Academy Awards®, “the greatest promotion scheme that any industry ever devised for itself.” The same can be said of most award shows. And with separate Movie and Music Video Awards ceremonies, MTV has become the third rail of awards programming: a populist-driven hybrid film-TV-music lovefest which I hold most responsible for today’s rat’s nest of fake-celebrity back-patting.

Thankfully, a few souls have had the gall — during their acceptance speeches no less — to call it like it is. In what is at first provocative, but then rambling.

Then, encouraging us to laugh through the painful truth.

And exposing — even as host — just how much humorless self-regard can squeeze into a ball room.

Waters Of March In November

RSS Feed
Matt Cahill is a writer, photographer, and psychotherapist. He is the author of The Society of Experience, a novel. He lives in Toronto. For more Matt Cahill, click here.