Ryeberg Live Calgary 2014 featured an “all-Montreal” lineup: Sean Michaels, Guillaume Morissette, Heather O’Neill, and Kim Thuy — four writers who make their home in the streets beneath Royal Mountain. The venue was Theatre Junction Grand, still rather grand even today, more than a century since it was built (by visionary Irish-Canadian and long-time Calgarian Sir James Lougheed). It’s a jewel among the faceless glass towers of downtown Calgary. Ryeberg felt right at home. 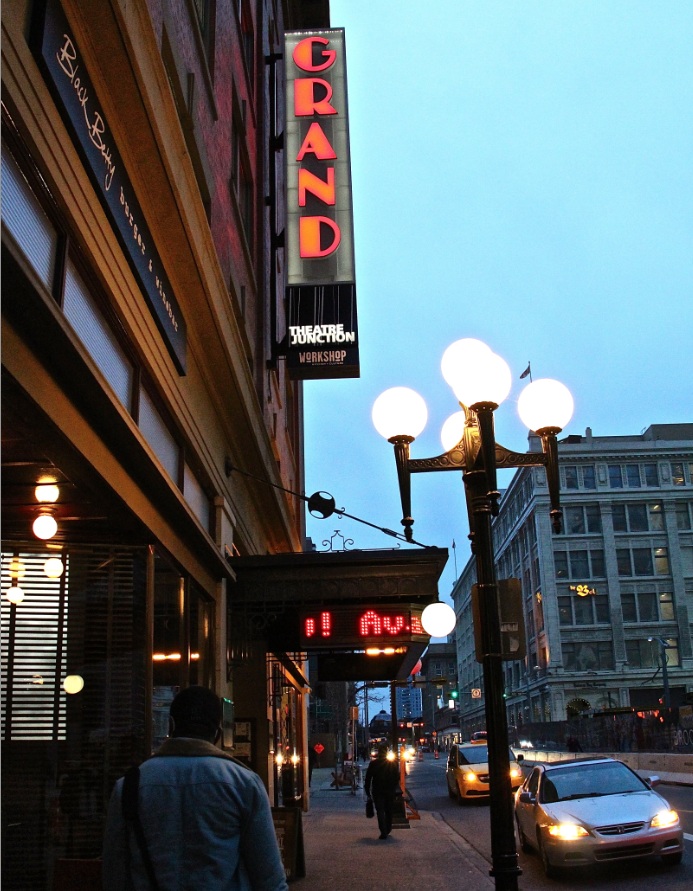 Erik Rutherford, Ryeberg editor (and one-time resident of Montreal), hosted, as ever. Sean Michaels was first to the mic with a vivid demonstration of both the light and dark sides of the liberal-humanist dream that is YouTube. What do we become in the YouTube garden? “The Dull Incredible.” Unless, that is, you look further. Kim Thuy made an emotional journey into her past, leading us from her birth in Saigon during the Tet Offensive to the belly of a dangerously overcrowded boat and eventually to the snowy streets of Montreal. The colour red, she said, has accompanied her through life, all the way to Ryeberg Live (see photos below). Her Ryeberg: “Lucky Red Dots.”

Guillaume Morissette talked about sincerity, chaos, loneliness, renunciation, and the various ways Tom Cruise haunts his existence on earth. Guillaume introduced the audience to “Jub Jub the Celebrity St. Bernard,” who, he suggests, is “cooler than any movie star or rap artist.” Heather O’Neill focused her attention on someone even more famous than Jub Jub, someone who reminded her of “a certain kind of kid having a certain kind of experience.” She was talking about Bill Murray, and with his cheeky face up on the screen, she gave examples of what she meant to explain: “He’s like a kid who gets picked on at high school, but suddenly finds himself popular at sleep away camp.”

And finally, after a clip of Bill Murray singing along to Bob Dylan: “A kid who believes that they are the only one in the world that understands the meaning of a song that they are listening to.” Yes.

The wonderful photos were taken by Lucia Juliao. 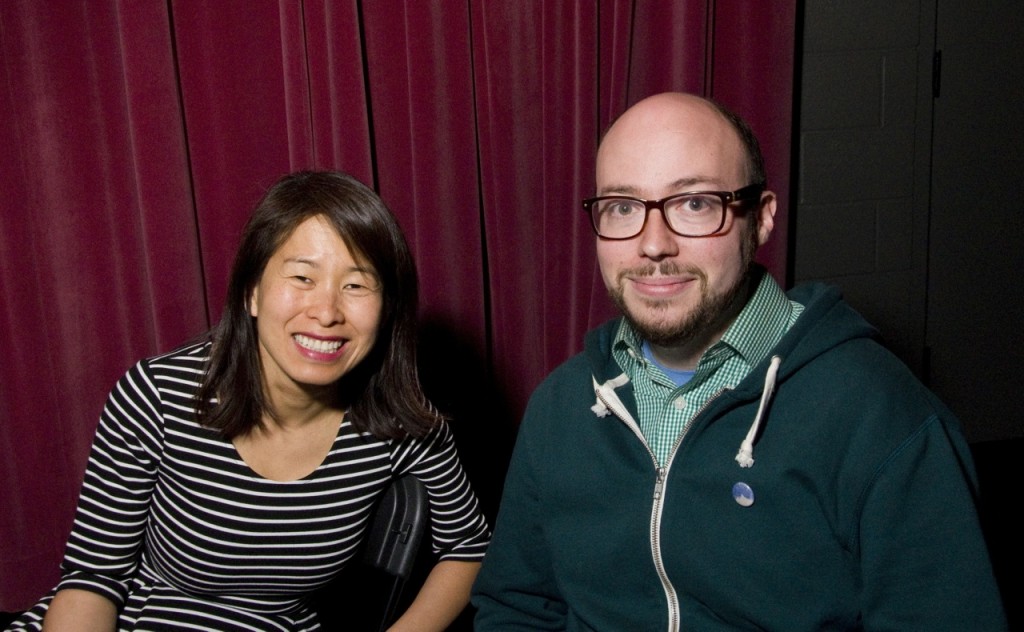 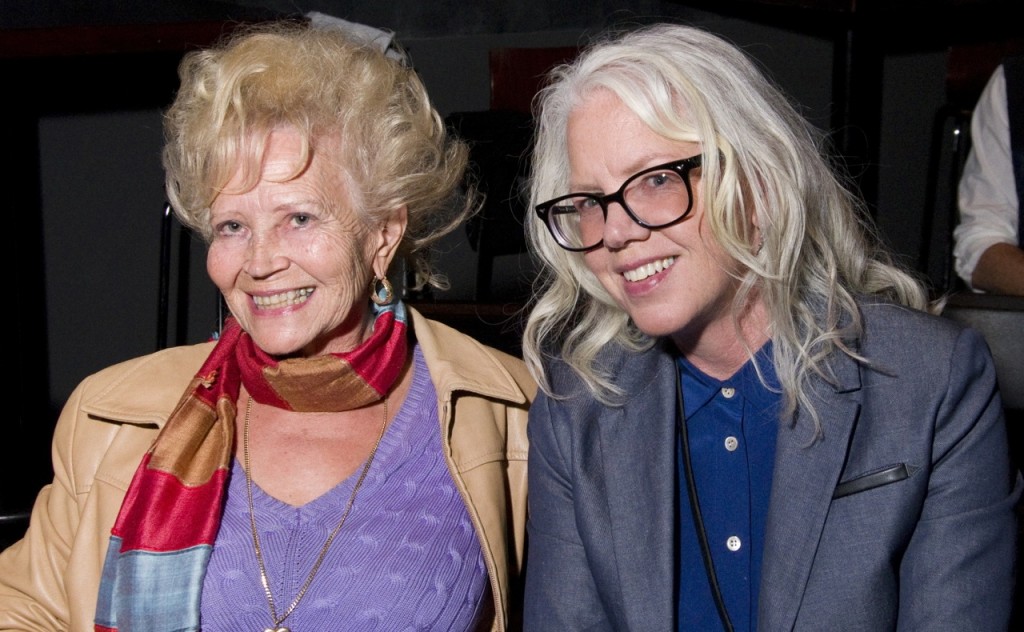 In the audience: Jo Steffens, Executive Director of Wordfest (right) 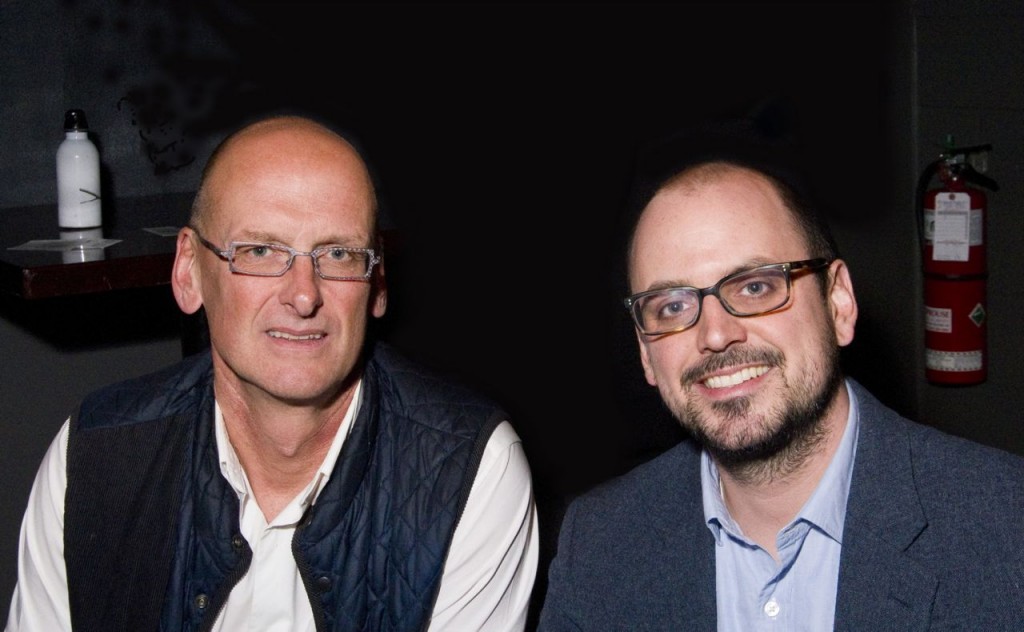 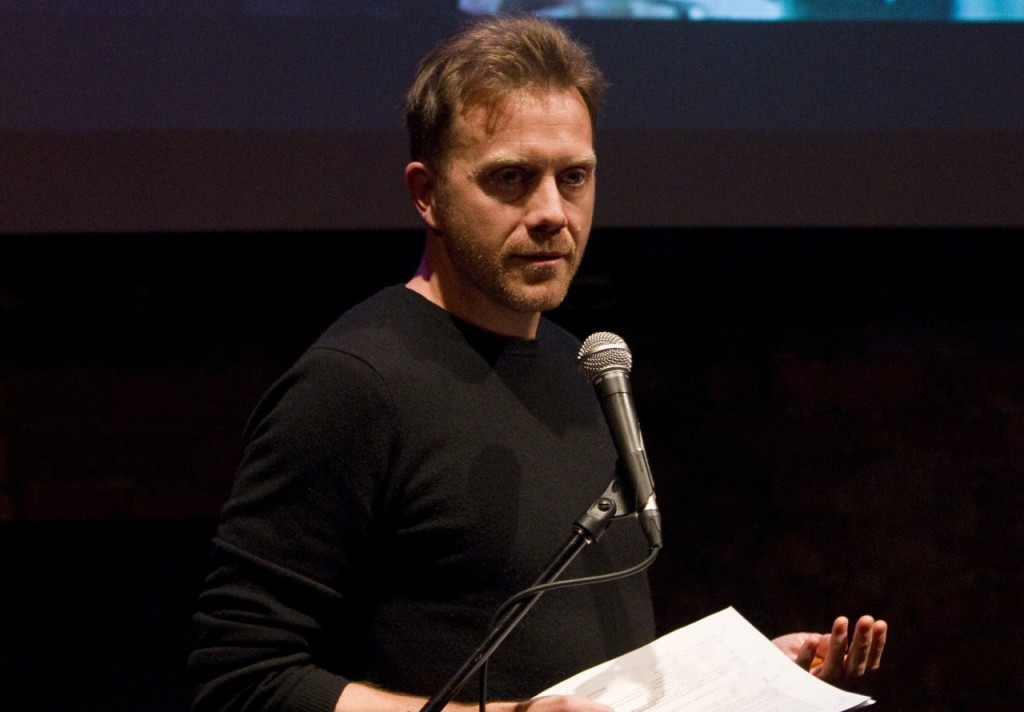 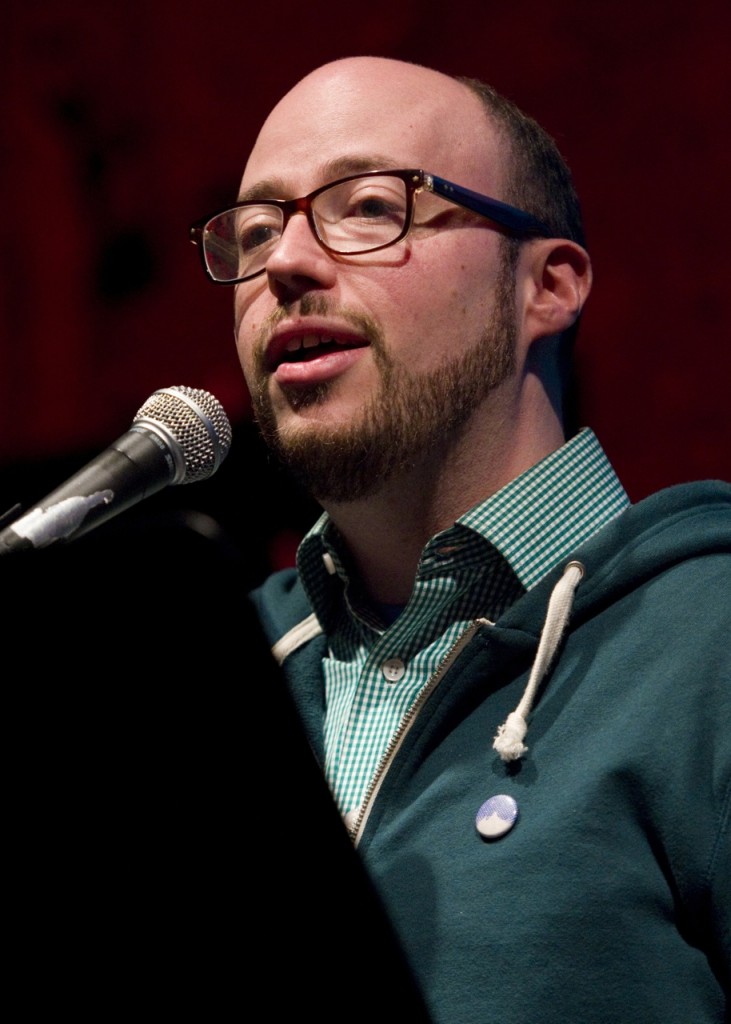 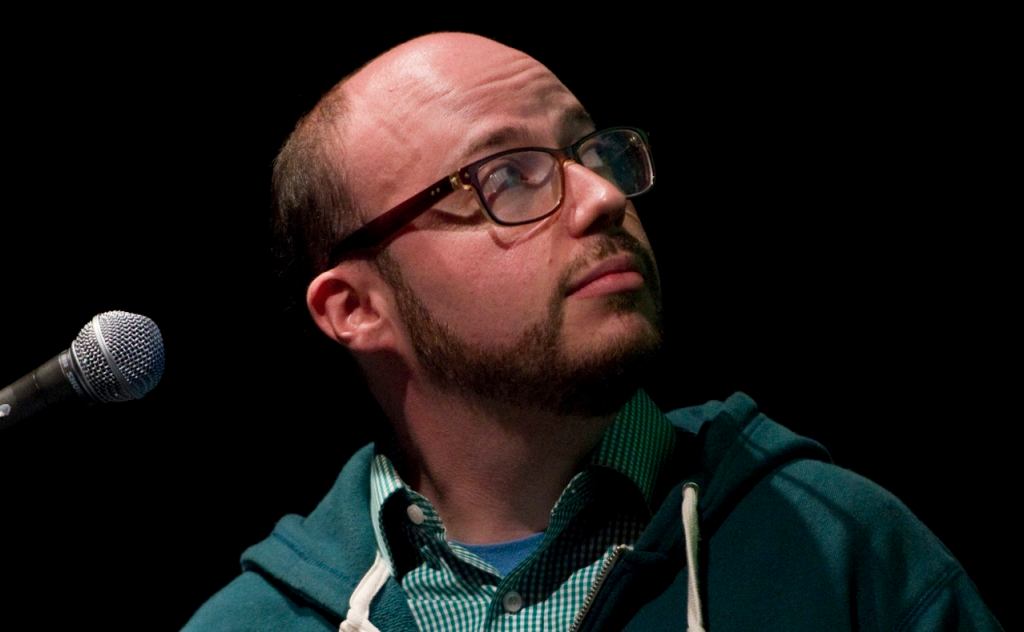 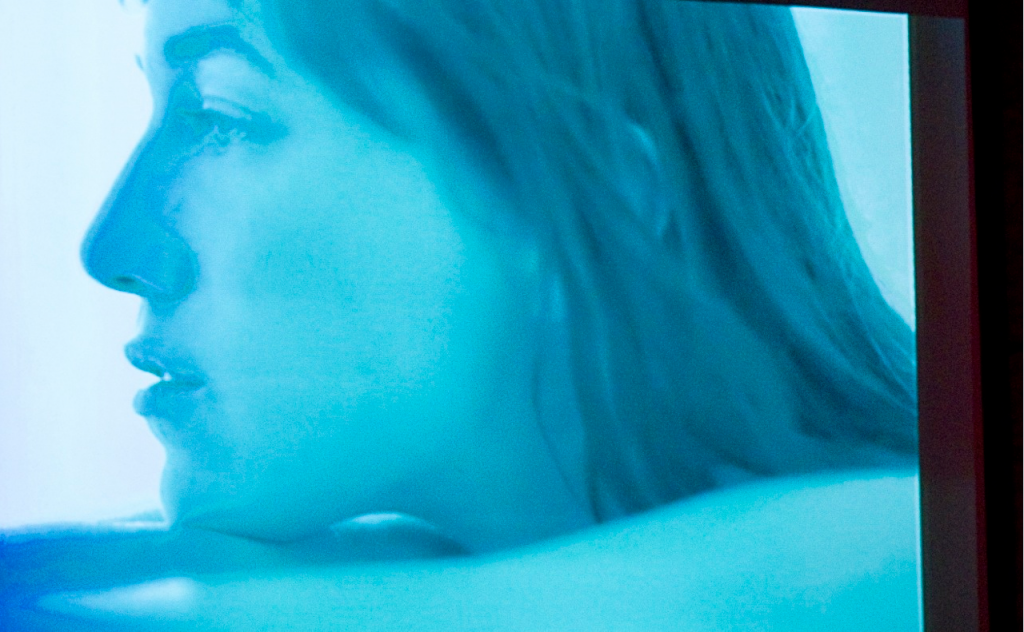 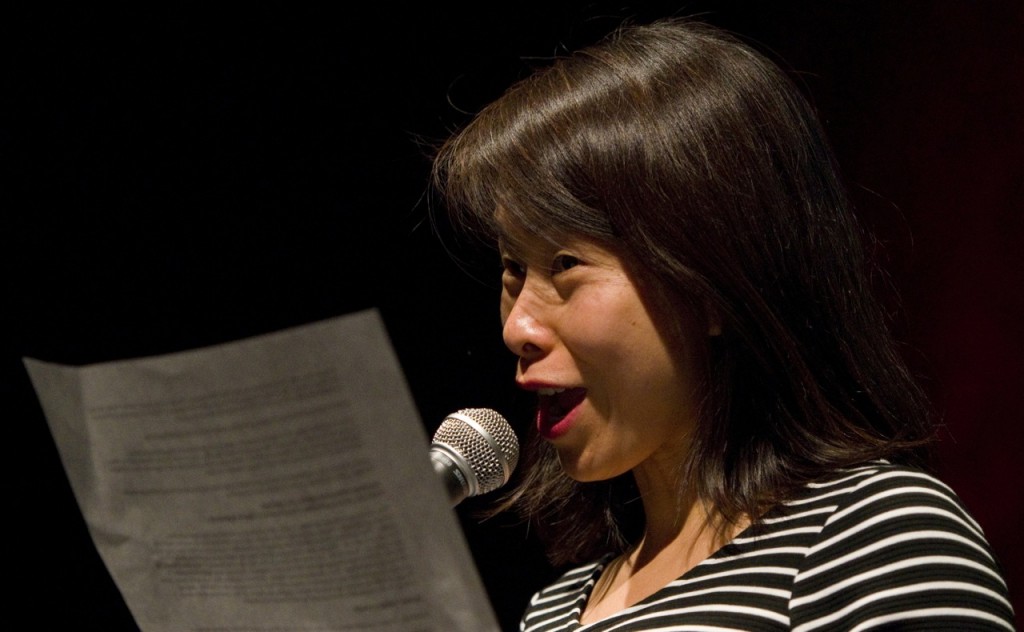 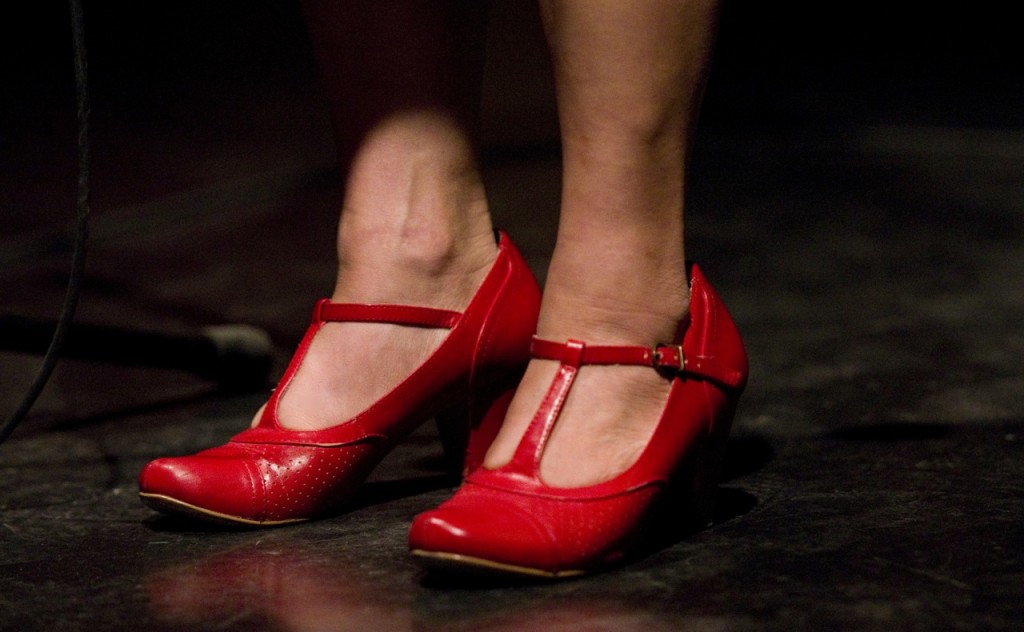 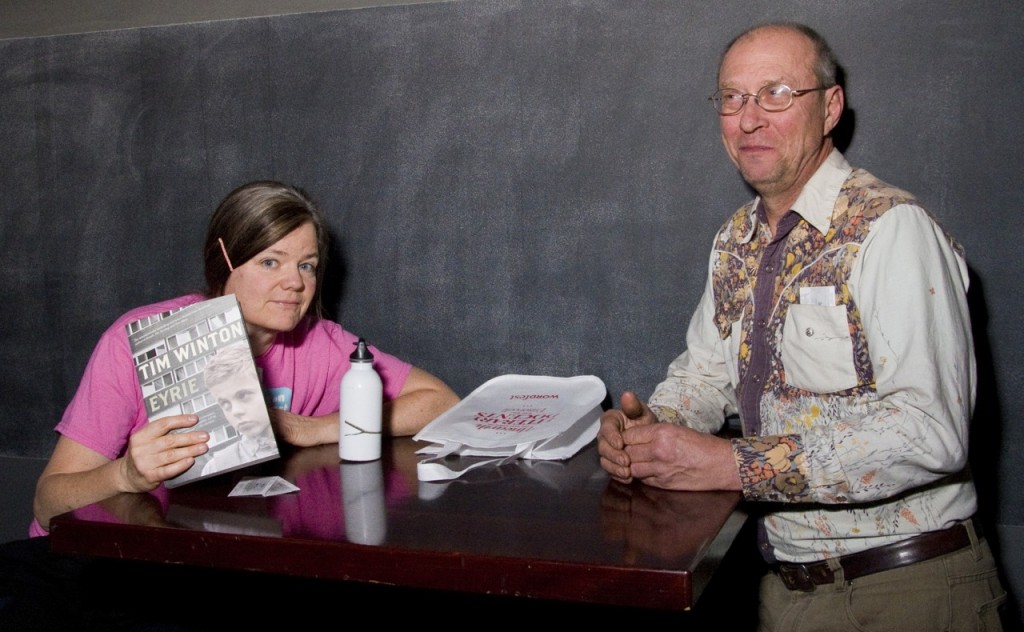 In the audience: fans of Tim Winton 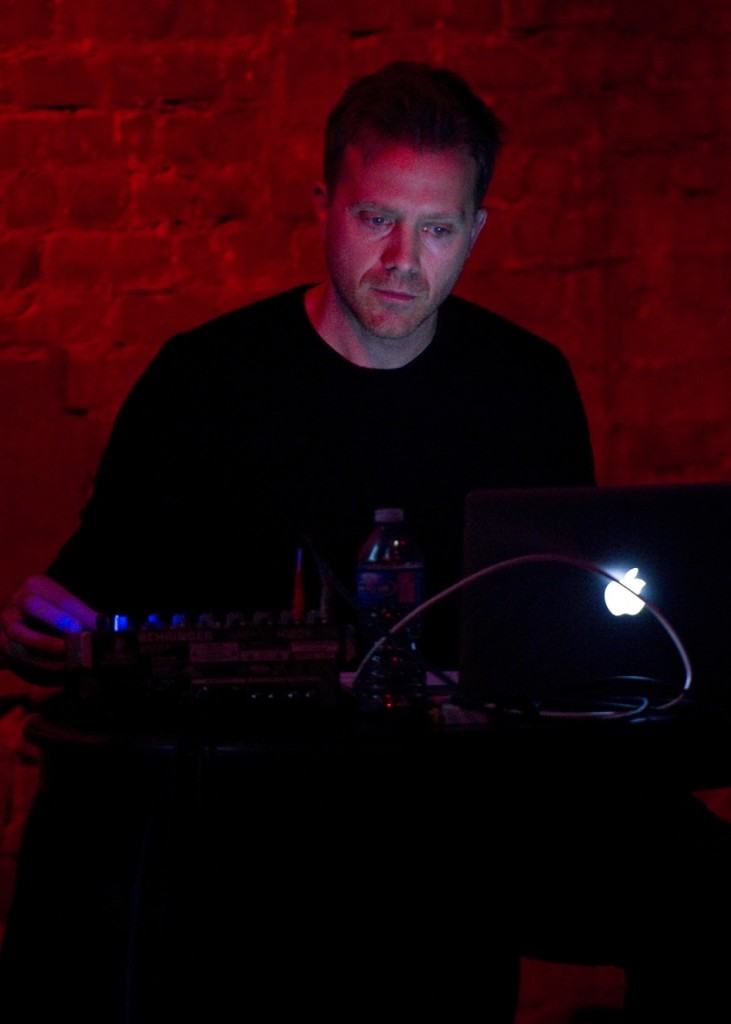 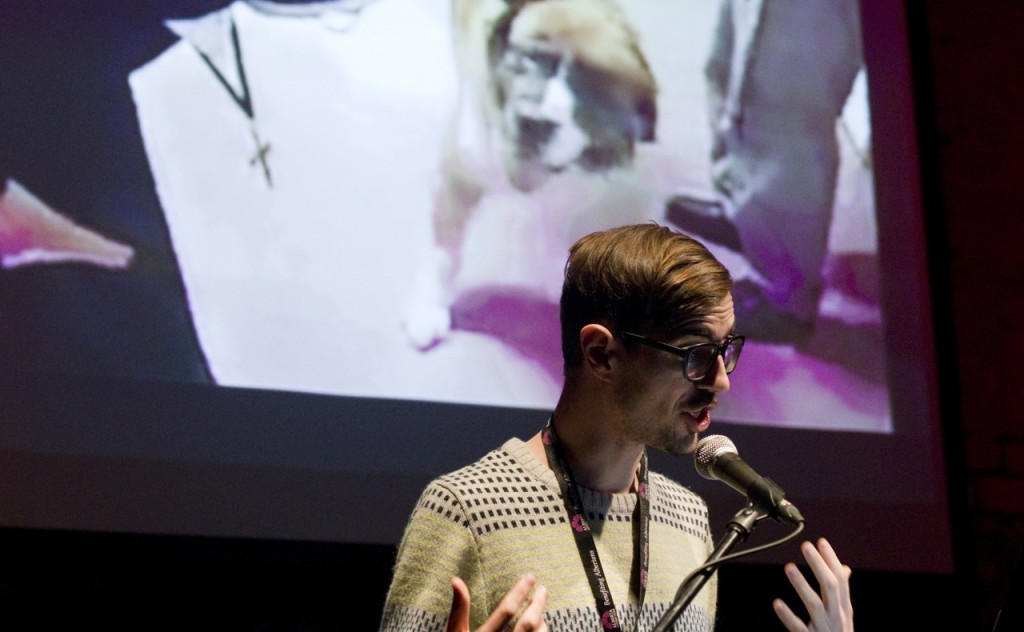 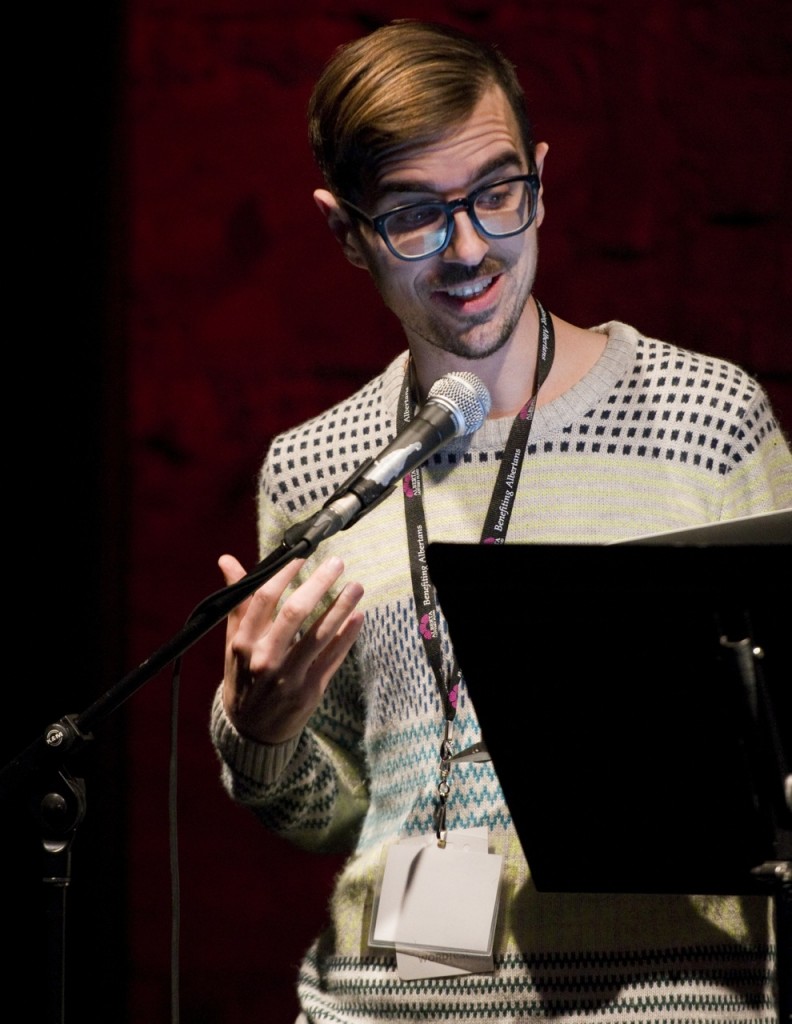 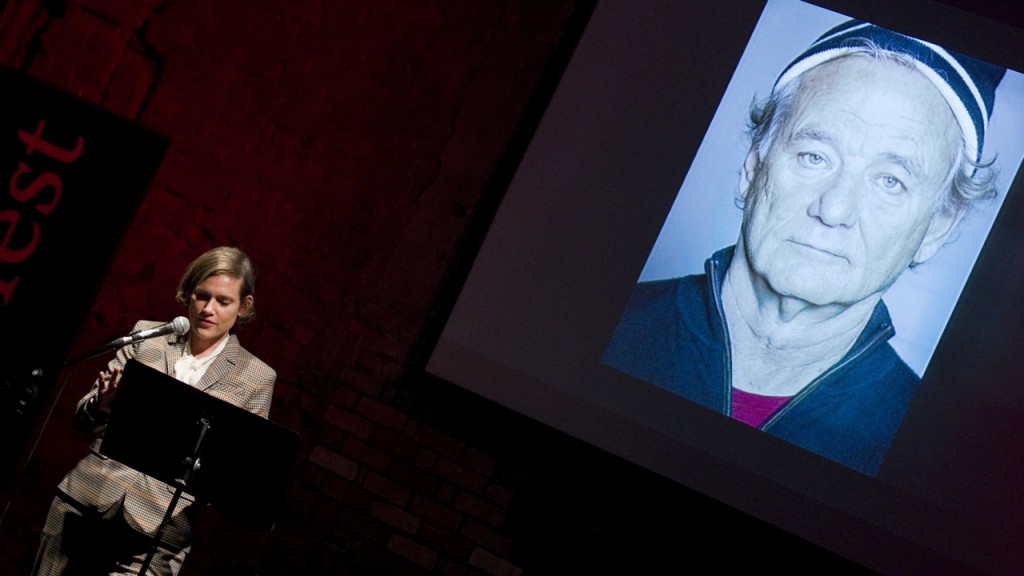 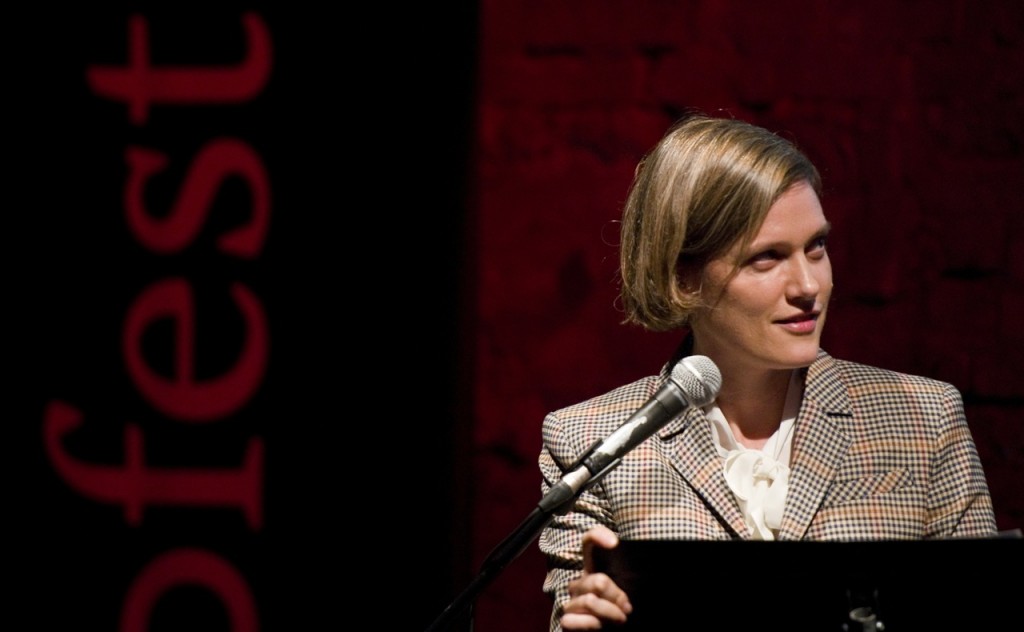 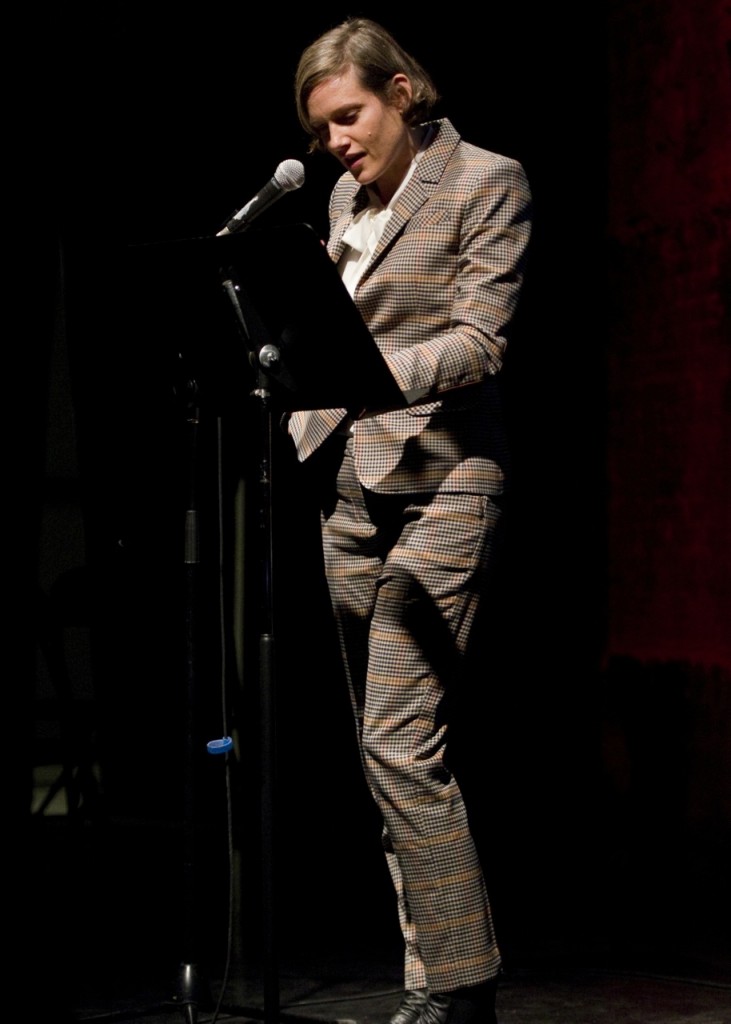 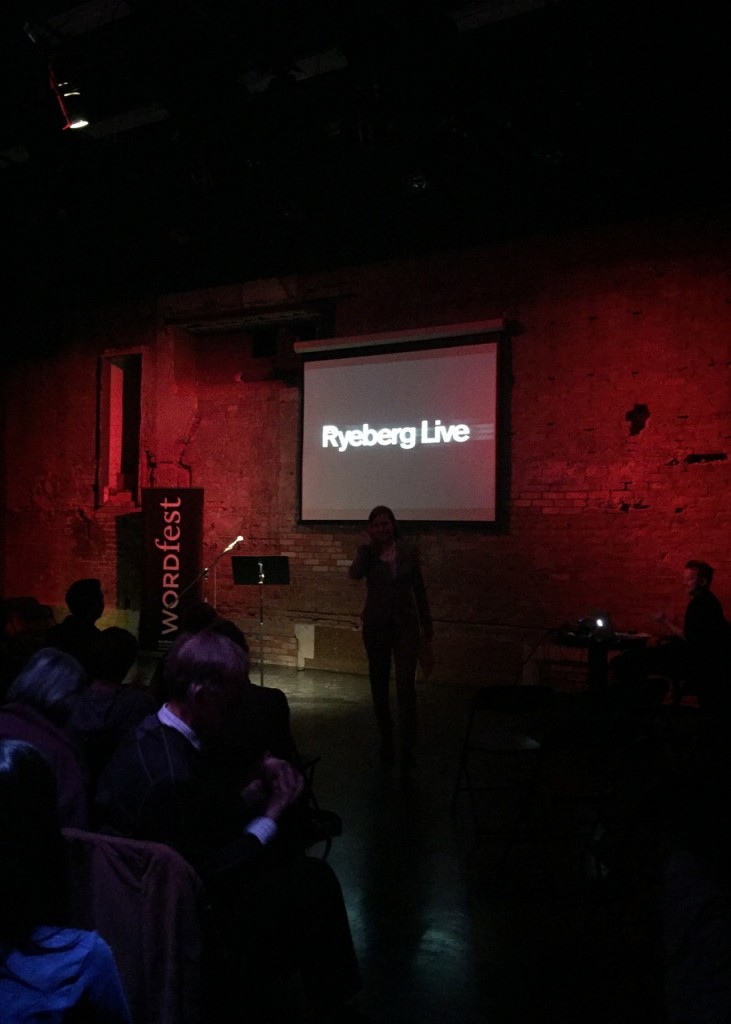 Thanks to Wordfest for inviting Ryeberg back for a second year: Kajsa Erickson, Bruce Evans, and of course, Jo Steffens, Wordfest Executive Director. Thanks also to the pros at Theatre Junction Grand: Phil Cimolai and Devon Carter-Wells.

Albertans, please note that Wordfest hosts literary happenings in Calgary and Banff throughout the year. You can read more about the festival here.

Thanks also to everyone who came out to the show. Most of all, thanks to the four writers who prepared such dazzling Ryebergs. We were all lucky to be there! 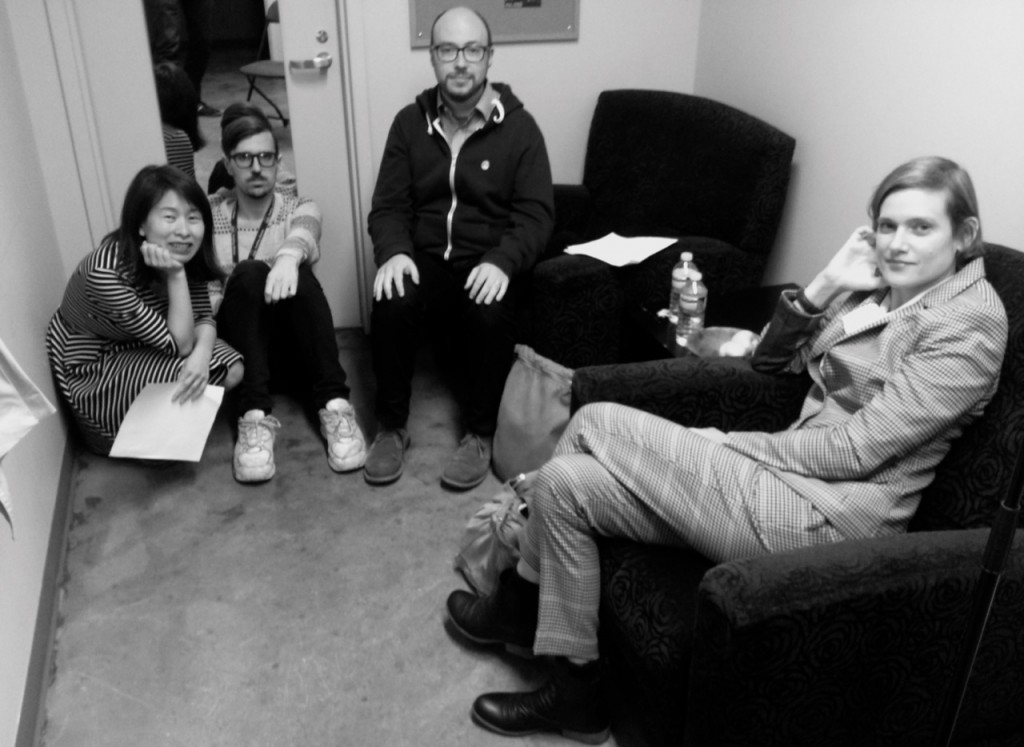