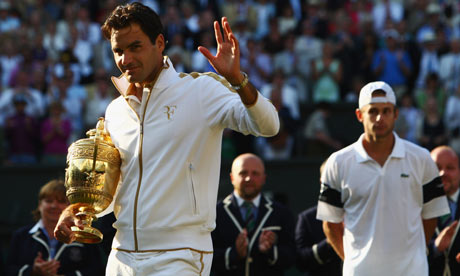 In the spring of 2009, for 2 hours and 37 minutes, David Joselit, the noted contemporary art historian and chair of Yale’s Art History Department was impersonated at “Our Literal Speed,” the conference and exhibition held at the University of Chicago and at the University of Illinois at Chicago. The political image as the artistic image was scripted into the impersonation of Joselit and involved the delivery of, and intervention into, a paper he had written on reenactments.

Even before the earliest days of televised politics and the latest US presidential election, sports capitalized on the necessity of the replay, repeat or reenactment. This nomenclature did not exist, but the process and the application did — predicting the economic value of the media echo chamber.

The replay involves subjectivity and selection. Highlighting underscores the invisible, the unexpected, the Herculean; the utterly remarkable and seemingly impossible human physical feats of professionalism. It reveals accuracy and allows for commentary on how things were actually done or actually should be done.

Recently, the replay is used in the final judgement, to show what actually happened—truth, veracity, recall—in order to decide on a call. Ultimately, it all boils down to human error—on the part of the referees as well as the players. It is not only about competition, judgment, about not being wrong, but about being right, which is not about sportsmanship, but about winning.

If the linesman and referees were actually electronic sensors it would eliminate the need for a judgement of perception and our anticipation and the necessity of a personality acting out. It would take all of the sport out of sport. This is why we are also seeing the political arena become a media echo chamber. Behavior, valued as good or bad, only exists in relation to the third person — the one it is perpetrated against or witnessed by.

Professionalism, particularly in athletics, is about repetition. It is about practice, doing the same thing over and over again for years until it appears to us as the spectators or non-professionals that the professional player or performer no longer engages in cognition while in play (see 0.22 in the clip below).

This is why Federer is such an extraordinary player. It is not only his consistency, but the sheer power, elegance and style he exhibits both on and off the court. The physical supersedes the mental.

Pierre Bourdieu, in “Sport and Social Class,” discusses non-professionalism and what the state of amateurism or non-specialization provides for us as spectators. It is a perspective that can lead to questions that a professional or specialist would not think of: We can also think of being a good sport and the protocol of professionalism and civility. As amateurs we too can be professionals.

I am writing about an order, wherein language architects a space for incivility. But it begins with a simple phrase of politeness that permits its opposite.

In 1981 at Wimbledon, the first round of the men’s singles tournament matched two professionals, John McEnroe and Tim Gullikson. The final score was 7-5, 7-6, 6-3. At a certain point in the game, McEnroe established his own media echo chamber:

McEnroe self-consciously exposes his own self-awareness of his mercurial personality, exhibiting a professionalism about not only controlling the ball in play on the court, but also his play and interference with the media, the referees, the audience and his opponents.

Civility does create a space for mistakes.

RSS Feed
Mary Ellen Carroll is a conceptual artist living and working in Houston, Texas and New York City. She is the recipient of numerous grants and honors, including a Guggenheim Fellowship, a Rockefeller Fellowship, a MacDowell Colony Fellowship and a Pollack/Krasner Award. She was awarded a fellowship from the Pennies from Heaven Fund, for her contribution to New York City as a visual artist for work that is advanced, experimental, and socially visionary. Carroll teaches architecture at Rice University in Houston, Texas, where in 2009 she realized Project Prototype 180, a work of art that aimed to make architecture performative by inverting an acre of land and the domestic structure that is on it 180 degrees. Her work has been exhibited at numerous galleries and institutions around the world, including the Whitney Museum of American Art, New York; the ICA, London; Museum fur Volkerkunde, Munich; the ICA, Philadelphia; MOMUK, Vienna; and the Renaissance Society, Chicago. It also resides in numerous public and private collections. "Mary Ellen Carroll" is published by Steidl/Mack. For more MEC, go here.